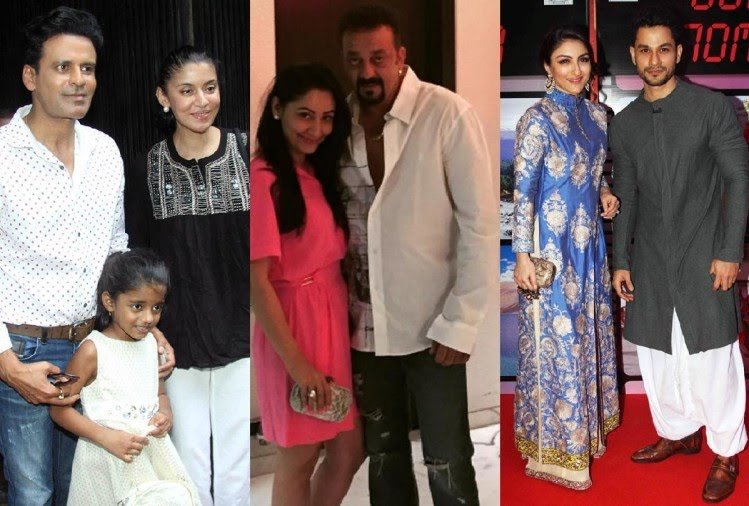 (Love Jihad Bollywood Actresses Married Hindu): In the eyes of society, even today, it becomes difficult to recognize marriage between people of two different religions. Despite this, these five Bollywood celebrities fought with society to find their love and made them their life partner.  Someone rightly said that neither art nor religion is seen. Since religion, caste and caste are not discriminated against in the entertainment world, it has been proved by these Hindi cinema personalities… (Love Jihad Bollywood Actresses Married Hindu)

Today we will tell you about such Bollywood actresses who married Hindu actors.

Manyata Dutt may have changed the name after marriage to Sanjay Dutt, but before marriage she and a Muslim actress were counted. His real name is Dilnavaz Sheikh. Both of them got married in the year 2008.

Madhubala was an Indian film actress who worked in Hindi-language films. She made her screen debut as a child artist with Basant and switched to lead roles with Neel Kamal.

Nargis was impressed with Sunil Dutt due to his brave act, during the shooting of Mother India, when the fire broke out on the sets and he saved her. After marrying Sunil Dutt, she converted to Hinduism and changed her name to Nirmala Dutt.

Shabana Raza’ screen name was Neha, and they met a short while after her first movie Kareeb, was released in 1998. The duo got married in 2006 and are blessed with a daughter.

Suniel Shetty met Mana Qadri when she was just 17. Mana is a Muslim, while Suniel is a Hindu belonging to the southern part of India. After a 9-year-long relationship, the couple got married in 1991.

Both Hrithik Roshan and Susaanne Khan got married in 2000 and got divorced in 2014. They have two sons.

Tanishq advertisement controversy: All you need to know

Giriraj Singh said on a question asked by journalists about Love-Jihad at his residence in Barhiya of Lakhisarai that our daughters are being picked up in the name of Love-Jihad. Mamta Banerjee, Government of Bengal, is silent on this matter. Hindus have lost their lives there, so voice should be raised in the country.

Now there is a need to enact a law on love-jihad. He also said about Kerala that non-Muslim daughters are not safe there either. This is the situation in the whole country. Similarly, laws should be made for those who convert. Conversion has become a challenge for us, so action is needed on such cases as well.