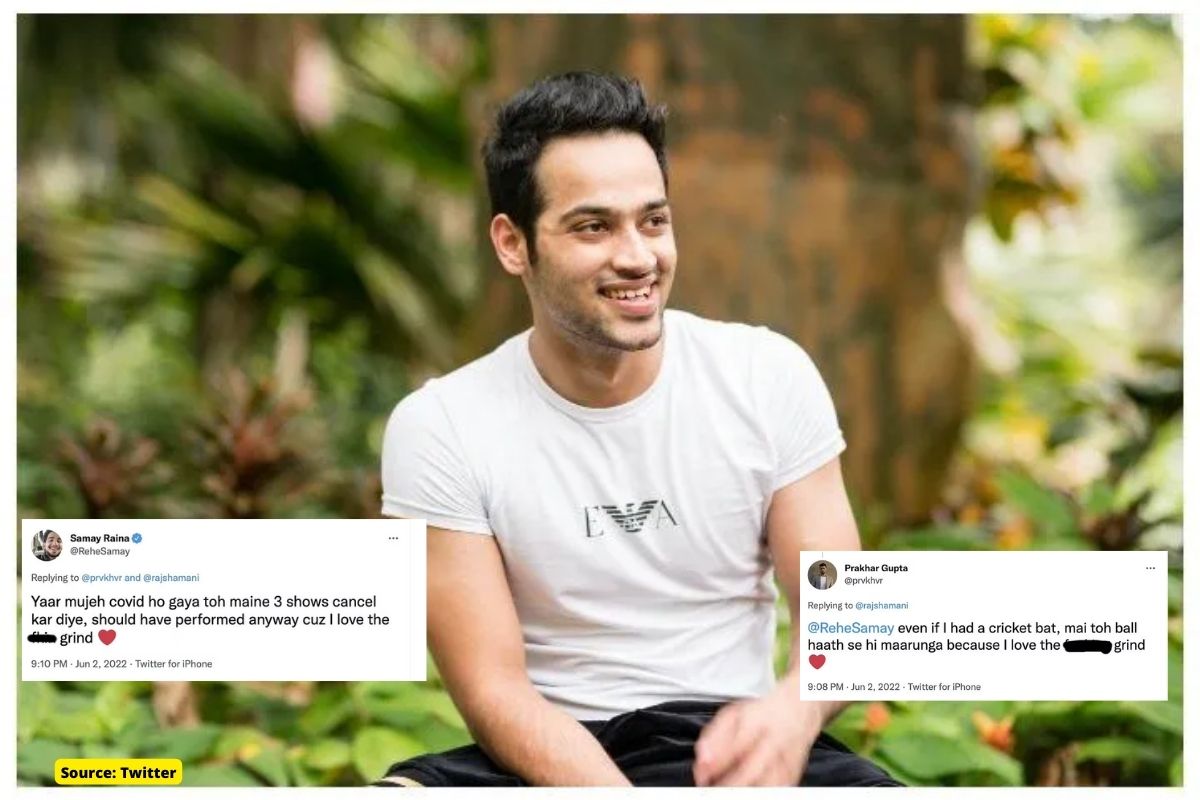 Entrepreneur and influencer Raj Shamani who deals with topics like startups, money, markets, and the economy, recently took to Twitter to talk about how much he “loved the grind” of constantly working.

Netizens began criticizing Shamani for fostering a toxic culture that focuses only on working endlessly leaving no room for anything else in life. While it may be suitable for Shamani, to glorify something like this that is harmful to one’s mental and physical well-being is nothing short of ignorant.

Users didn’t call him out directly, but instead responded with exaggerations of his own tweet. The responses are nothing short of hilarious.

A user tweeted “There has to be a balance! If you start creating just what your audience wants then you might lose the creator inside you and that’s bad cuz the audience liked you for what you were originally in the first place!”

Another user wrote “BYJU’S, being able to experience a day as the head of something revolutionizing which will entirely change the Indian education system in the comming decades and able to contribute to it is smtg everyone seeks out to”

Another user said “If someone is genuinely interested in me I’ll still be attracted to people way above my league. It’s not that I am toxic for myself, I just love the grind ❤️”

“Hustle isn’t about working 30 hours/day. It is about putting 30hours’ worth of effort in 8 hours. Let’s stop normalizing overwork” another user tweeted.

Who is Raj Shamani

Raj Shamani is an entrepreneur, YouTuber, motivational speaker, influencer and whatnot. When we hear about young entrepreneurs in India, it is impossible that his name does not come up.

This 24-year-old entrepreneur from Indore was not born with a silver spoon. Rather, he started working at a young age and worked his way up on his own.

The unfortunate events of the recession and his father’s illness led to the ruin of his father’s business. It was then that the young Raj took the responsibility off his shoulders at the age of sixteen.

His father had a soap business. Soon, Raj realized that there was a high demand for liquid soaps, so he started making liquid soaps. To sell them, he came up with an amazing marketing idea.

He started reaching out to women who wanted financial freedom. He asked them to promote and sell his products and offered them 25% for each sale they made. His marketing strategies worked so well that his business became profitable within a year.