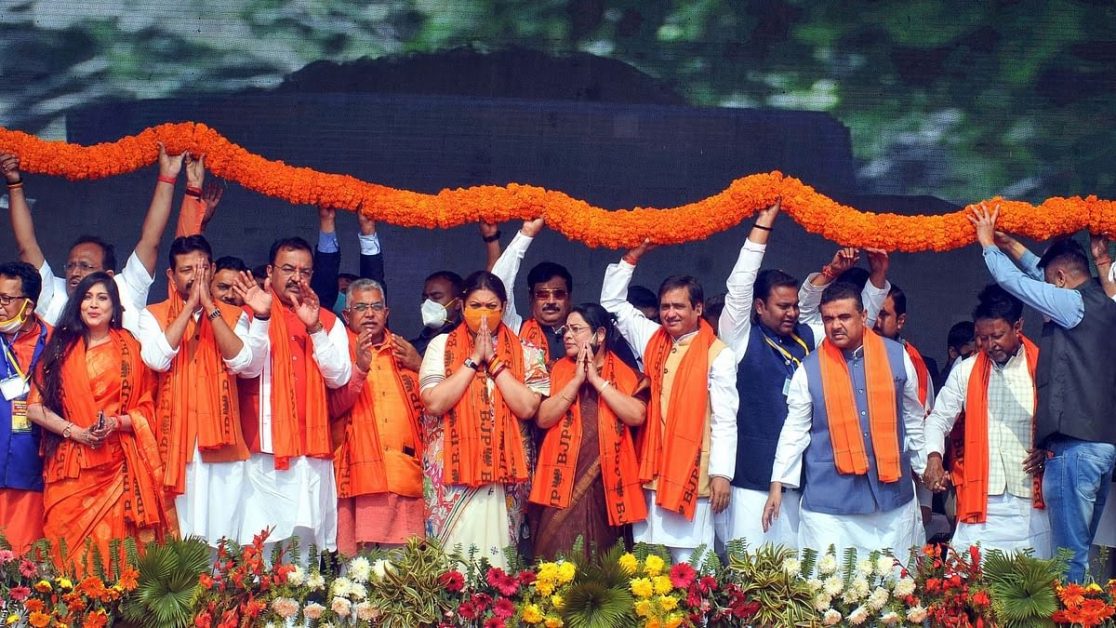 Sharing a video clip on his Twitter handle, Chief Minister Mamata Banerjee’s nephew said, “Even those who propagate patriotism and nationalism cannot sing our national anthem properly. This is the party that maintains the country’s honor and pride Claims.

Terming it an ‘anti-national’ act, the leader of the ruling party of West Bengal demanded an ‘apology’ from Prime Minister Narendra Modi, Union Home Minister Amit Shah and the BJP.

ALSO READ: After 27 Years J&K Will Have No Representation In Rajya Sabha

He asked the question, “Will Modi, Shah and BJP apologize for this anti-national act?”

Trinamool Congress MLA Arup Biswas also tweeted that If at all there is something @BJP4India can teach us, it’s how we can sing our national anthem all wrong.Shocked to see how the ruling party of our nation could do this!! Clearly tells us how much ‘Desh Bhakt’ our BJP leaders are. #BJPInsultsNationalAnthem

Many other TMC leaders have also targeted one by one tweet.