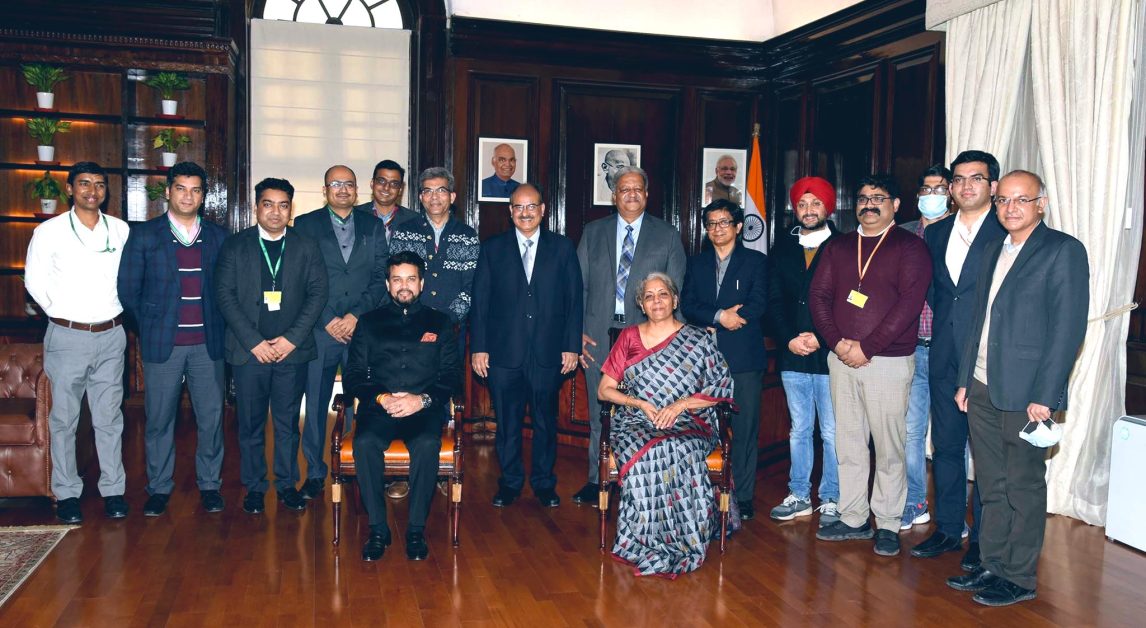 The finance minister will present the budget in the Lok Sabha at 11 am. This will be his third budget. This will be the country’s first Union Budget after the Corona epidemic began.

ALSO READ: After 27 Years J&K Will Have No Representation In Rajya Sabha

Prime Minister Modi has said that this budget will be seen as an attempt to reduce or remove the impact of the lockdown caused by covid.

The budget is expected to provide relief to the common man suffering from the epidemic. At the same time, more attention is also being paid to pursue economic reforms through increased spending on healthcare infrastructure and defense.

It is widely expected to ease the rules for increasing employment generation and spending on rural development, liberal allocation for development schemes, putting more money in the hands of average taxpayers and attracting foreign tax.

Nirmala Sitharaman had replaced the traditional leather briefcase in her first budget in 2019 and introduced budget documents as ‘book-accounts’ wrapped in red cloth. He said earlier this month that the budget for the fiscal year starting in April would be in a manner never seen before.

ALSO READ: This Srinagar Girl Relives ‘Oldest’ Folktale In Her Maiden Fiction Title ‘Two And A Half’

Economists and experts say that this budget will be the beginning of adding back to the economy devastated by the Corona epidemic. He also says that this budget should be different from merely presenting the books or accounts or old schemes in the new category.

Experts want this budget to be in some way that shows the way to the future and brings back the fastest growing major economy in the world. A budget prepared thoughtfully proves to be a long-running horse in restoring confidence. This cannot be shifted from the mini budget presented in September 2019 or the reforms announcements made in installments in 2020.