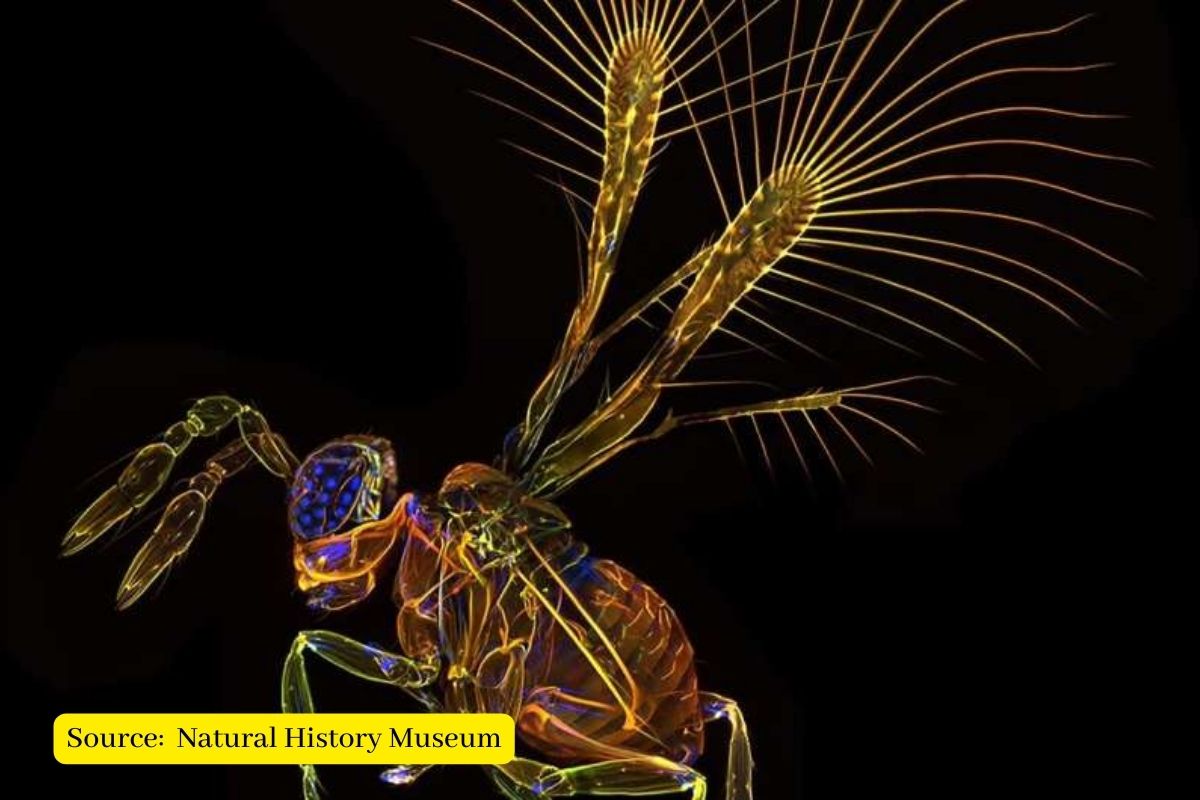 The Natural History Museum identified 351 new species of animals and plants. In the list, led by invertebrate animals, there are 85 species of wasps, 84 beetles, 34 moths and seven individual frogs due to their size.

“With biodiversity around the world declining at an ever-increasing rate, it has never been more important to describe as much of the natural world as possible in order to protect it. We cannot protect what we do not know, and with over a million species on Earth threatened with extinction, it has never been more important to find out exactly what life we ​​share this planet with.”

The list of new species is headed by wasps, among which are some miniature creatures characterized, according to scientists, by having “beautiful wings like feathers.” Parasitic wasps that could be important for agriculture also stand out in this group.

During the past 12 months, Museum curators, researchers, and scientific associates have described a total of 351 new species. Each of these species is a vital component in the complex web of life known as biodiversity.

“It is not surprising that the new species of wasps have taken first place. The abundance of parasitoid wasps makes the order Hymenoptera the most species-rich order of insects,” said Dr. Gavin Broad, the Museum’s senior curator in charge of insects.

In addition to the wasps, another animal that attracted attention was the frog. The scientists discovered seven new species, six of which are now part of the smallest vertebrates. “Frogs grow to only eight millimetres long. It is not yet understood why these frogs have evolved to be so small,” says the Museum.

About plants, the Museum reported that there are a total of eleven new species of algae this year, both fossil and living. Four new plant species have been found in South Asia, including one from Sulawesi that is covered in “pretty scary-looking” spines.

“Although flowering plants are relatively well known as far as groups of organisms are concerned, it is estimated that even though we have given scientific names to some 450,000 species, around 25% remain to be described,” said Dr. Sandra Knapp, Researcher of Merit at the Museum.

Earlier this month, government ministers from around 200 countries met in Montreal, Canada, at the COP15 biodiversity talks to hammer out a new agreement on how best to protect the natural world.

For that deal to succeed, those who make these decisions need the most fundamental data from which to work. Some of this is provided by researchers, including those at the Museum who are working to describe and name new species.

From research trips to remote locations to combing through the 80 million objects in the Museum’s collections, each year scientists add to this vast library of life.

While many of these species will already be known to those who live alongside them, by giving them scientific names, we hope to better protect them.