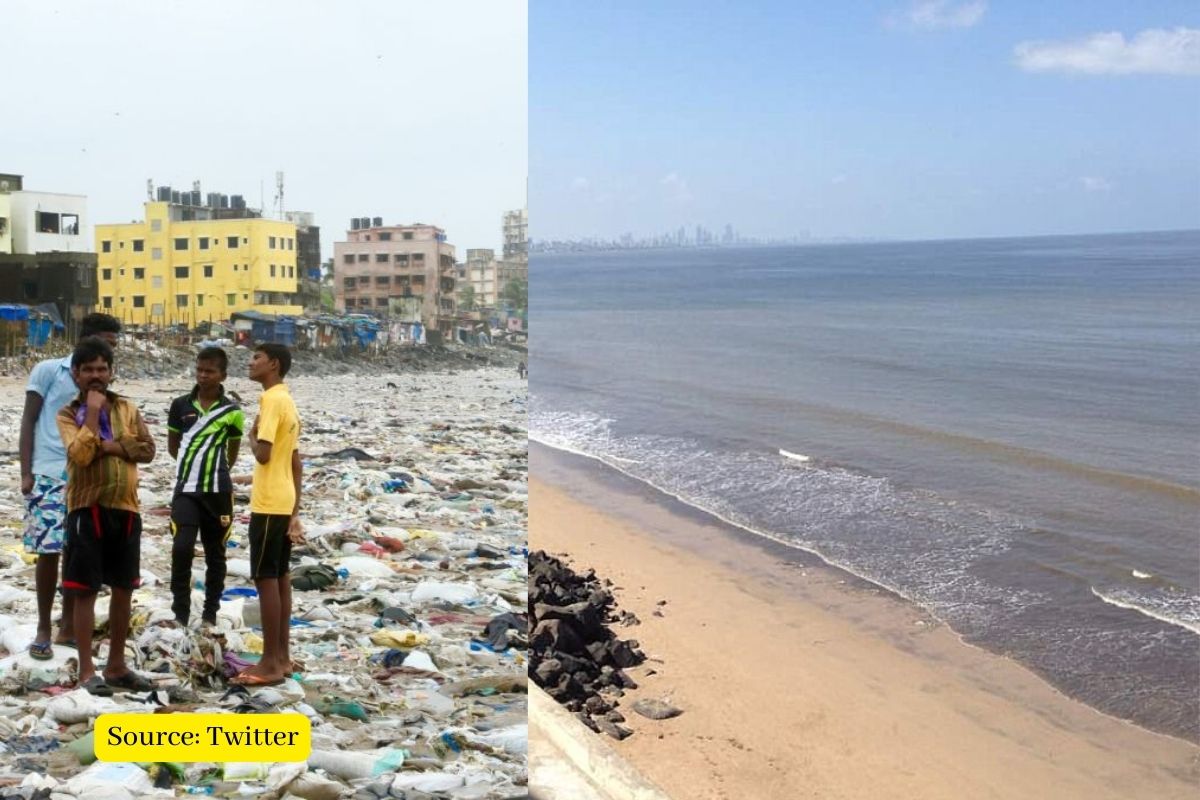 The beach of Versova, in Mumbai, was a garbage dump, in which it was impossible to see the sand, let alone walk on it. However, this year a brigade of environmentalists from across the country. After 20 years of dirt, dozens of olive ridley turtles returned there.

The driving force behind this initiative is the 40-year-old lawyer and environmentalist Afroz Shah, who in 2015 set himself the mission of helping protect his environment. “I decided to move to an apartment with a view of the sea, but all I could see were piles of garbage up to 16 meters high. A man could drown in all that plastic,” he said.

Cleaning One of World’s Polluted Beaches

The story of how the beach was cleaned had many disappointments. Shah says that “the plastic was buried deep in the sand and it was almost 160 centimetres of debris. Neighbours and friends joined, but the efforts were not enough. We understood that the challenge was to clean the dirtiest beach in the world and that this could be impossible”, says The Hindustan Times newspaper.

His efforts have paid off, and after 119 consecutive weeks, Versova has been completely transformed. The sand is now visible. Shah estimates that more than 12,000 tonnes of plastic have been removed from the 3km stretch of beach since it began. He shared an update on Twitter from last weekend’s cleanup:

This tremendous effort has been formally recognized by the United Nations, which recognized Shah as a ‘Champion of the Earth’ in 2016. His work was also an integral part of last year’s documentary “A Tide of Plastic“.

Viewing the challenge, a call was organized through social networks, the brigades were organized; and the adhesion reached more than 500 volunteers and 250 registered members, who were assuming responsibilities. The community was made up of people from different cities and countries; and included children, youth, adults and also older adults.

An endless battle against plastic waste

Shah says in the short video below, it’s a big load, too. He cannot stop this work because the plastic tide will simply return to Versova beach. It’s an ongoing fight, considering the 8 million tons of plastic that continue to be dumped into the world’s oceans each year. Until that flow is stopped, Shah’s work will never be done.

“We are cleaning up the mess created by our parents. If we don’t want our generation to face the plastic problem, we have to come here and clean it up.”