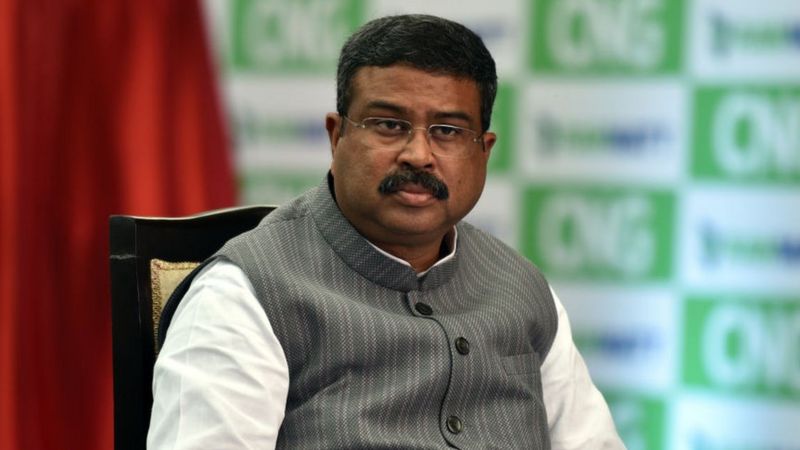 India has asked the government oil companies to diversify the oil imports, that is, speed up the process of buying oil from different countries.

The English newspaper The Hindu has made this claim by quoting two sources in its news .

Last week, OPEC Plus, a group of oil exporting countries, announced a major cut in oil production by April and this had a direct impact on India as well.

India is the third largest consumer of crude oil in the world and it imports about 84% of the oil it needs.

Out of this 84 percent oil, 60 percent oil comes from West Asian countries.

In the midst of rising oil prices, India had appealed to producers to reduce cuts and help bring the global economy back on track, which was turned down.

Not only this, in response, the Energy Minister of Saudi Arabia had advised India that it can use the remaining oil which was bought when the price fell last year.

According to the newspaper, a source associated with the government said, “We have asked companies to speed up the process of buying oil from elsewhere. We cannot live in the arbitrary decisions of the oil producing countries of the Middle East. When they wanted to When the market came to a standstill, then we supported them. “

According to the source, India did not cancel any oil orders from the West Asian countries even during the Corona epidemic, while there was a huge reduction in worldwide demand for oil due to the epidemic at that time.

In the first 10 months of the financial year, there has been a historic decline in the share of India’s oil imports from OPEC.

Government sources say that this strategy of the government may seem expensive in the beginning but its far-reaching consequences will be beneficial. According to sources, Indian Oil Corporation has also renewed its contract for import of oil with Russia in the same order.

However, the oil ministry of India and the Indian Oil Corporation have not yet commented on the questions asked about it. Saudi Arabia and Iran are the largest suppliers of crude oil to India.

Like Loading...
previousAs a Brahmin woman, no one should teach me Hinduism: Mamata Banerjee
nextWho is Tirath Singh Rawat? New Chief Minister of Uttarakhand
Tags:modimodi governmentoil