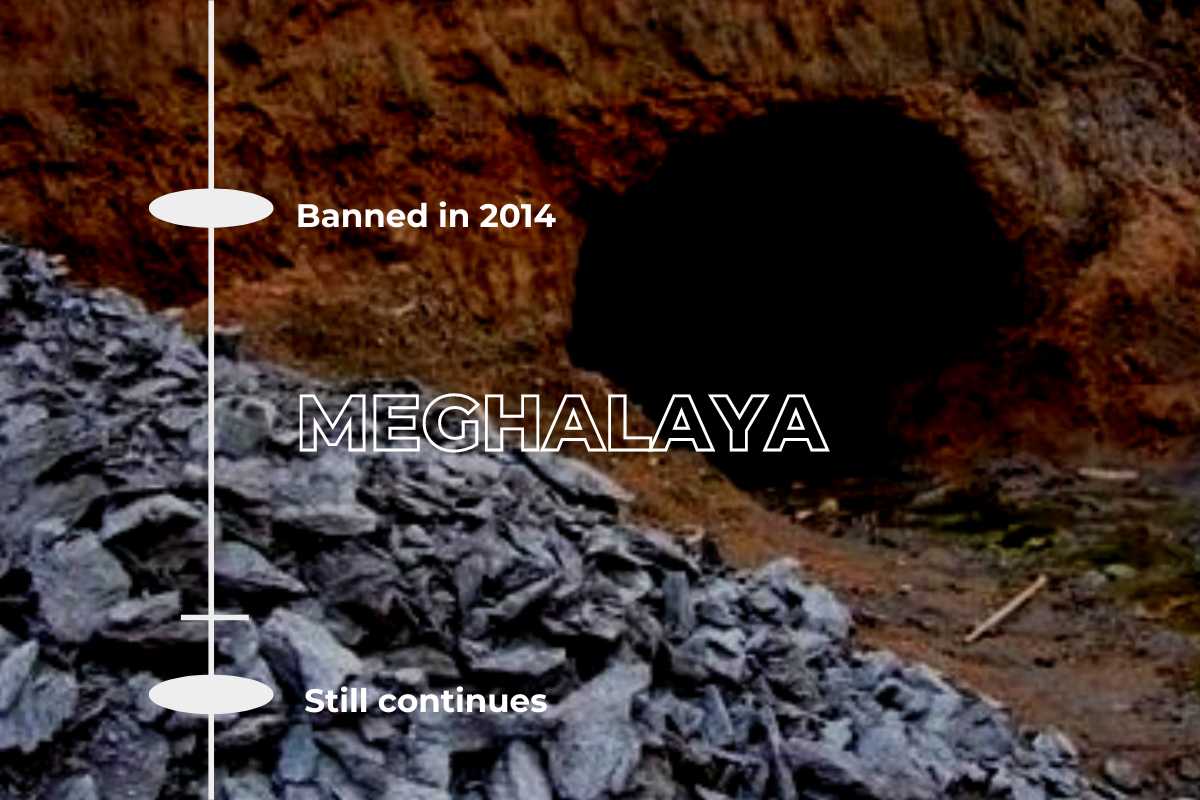 According to the CPCB, Meghalaya is predominantly rich in tertiary coal deposits belonging to the Eocene age (36-56 million years ago). Coal is found in all three undivided hill regions namely Khasi, Garo, and Jaintia hills of Meghalaya. The most common type of mining is rat-hole mining where a narrow tunnel is dug either through the side of the hill or through a rectangular shaft.

In 2014, the National Green Tribunal imposed a ban on rat-hole mining. This was done because of recurring accidents and they deemed it hazardous to the environment. The prohibition was implemented following the filing of a petition by the Dima Hasao District Committee and the All Dimasa Students Union. The petitioners emphasized the unregulated and unscientific rat-hole coal mining. However, it permitted the shipment of coal that had already been mined until 2017.

Since transportation of the extracted coal mining was allowed, many remote areas continued to mine illegally which has resulted in fatal accidents. In 2018, fifteen miners were killed when the coal tunnels were flooded by water. And, in 2021, six workers died after falling into a tunnel. The illegal coal mining in the state of Meghalaya was also pointed out by the Comptroller and Auditor General of India (CAG) in a report released in 2018. The audit also claimed that the mining department lacked a method for cross-verifying and resolving the mining numbers.

Recently in 2022, Meghalaya’s district magistrate ordered a fresh ban on rat-hole coal mining. In addition to other pertinent laws, the DM’s notification stated that violating the order would result in penalties under Section 188 of the IPC.

According to a report from a committee that the Meghalaya High Court formed in December 2022, the Meghalaya state inflated the number of coal mines before the ban in 2014. It was assumed that the excess coal declared by the state must have been taken out of the state against the law.