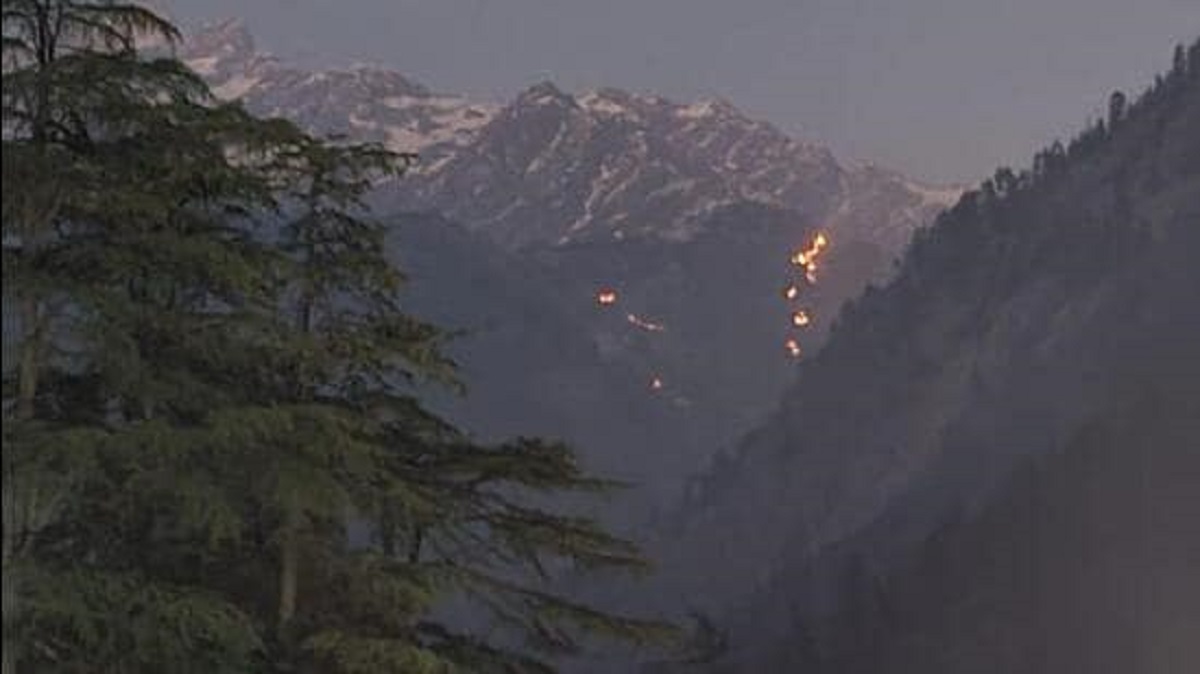 Ground Report | New Delhi: A massive forest fire broke out in the Parvati Valley of Himachal Pradesh on Tuesday and Wednesday. A team of glaciologists from the Divecha Center for Climate Change, Indian Institute of Science, Bangalore panicked after seeing massive forest fires in the region.

According to a Hindustan Times report, the team travelled to Pulga near the fire-hit area on Wednesday in view of the massive forest fire.

Anil Kulkarni, an eminent scientist said, “We went for Parvati Hydroelectric Project. The fire is affecting a very large forest area near the glaciated area. There are 279 glacial and 396 square kilometers of glaciated area in the Parvati valley. The fire is in Sara’s. Near Ugma Glacier,” said Anil Kulkarni, a distinguished scientist at the Divecha Center for Climate Change.

He added “I have never seen anything like this in the last 40 years of my career”.

In the coming decades, the incidence of forest fires will increase even more, along with the social and economic risk associated with these incidents will also increase even more than before. However, the research also said global carbon emissions due to this are expected to increase only slightly.