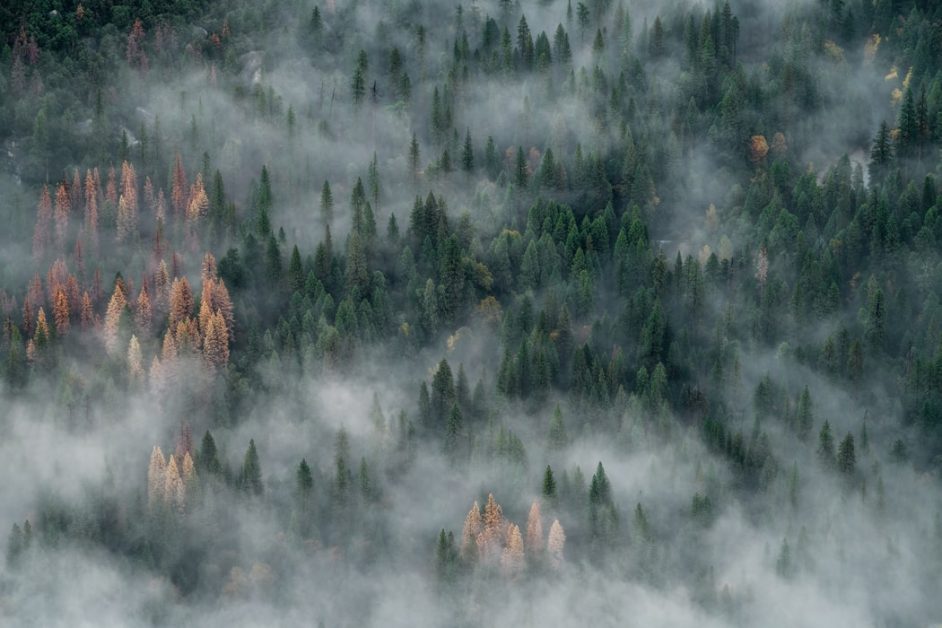 Ground Report | New Delhi: Forest fires India; Experiencing a wildfire up close is a dangerous and terrifying experience, but due to climate change these uncontrollable and devastating fires are becoming an inescapable part of our seasonal calendars. And it is that, currently, forest fires occur on all continents except Antarctica and most regions experience climatic conditions conducive to the outbreak of flames in their territory at some time of the year.

However, the situation could get even worse: rising temperatures and changes in land use will continue to translate into a global increase in extreme fires of up to 14% by 2030, 30% by the end of 2050 and 50 % by the end of the 21st century.

This is revealed by a new report from the United Nations Environment Program (UNEP) produced in collaboration with GRID-Arendal, a non-profit environmental communications centre based in Norway. The document not only points out the terrible consequences that the continuous increase in greenhouse gases has on these destructive phenomena of biodiversity but also calls for a radical change in the government’s spending on forest fires, changing its reaction and response investments to prevention and preparation.

The publication, titled Spreading Like Wildfire: The Growing Threat of Extraordinary Fires Across the Landscape, calls on governments to adopt a new formula for fire preparedness, in which two-thirds of total spending is devoted to planning, prevention, preparedness and recovery, with only the remaining third focused on immediate response. Currently, direct responses to wildfires typically receive more than half of related spending, while planning receives less than one per cent, which is why UNEP experts call for “a combination of data and monitoring systems based on science that takes into account indigenous knowledge and are supported by stronger regional and international cooperation.

“Current government responses to wildfires are often putting money in the wrong place. Emergency service workers and firefighters on the front lines risking their lives to fight wildfires need support,” UNEP Executive Director Inger Andersen said in a statement. “We need to minimize the risk of extreme wildfires by being better prepared: invest more in fire risk reduction, work with local communities and strengthen global commitment to fight climate change,” she said.

The report is released just before the fifth session of the United Nations Environment Assembly (UNEA-5.2) resumes in Nairobi, which will be attended by representatives from 193 countries between February 28 and March 2, 2022. In it, fires are expected to feature prominently in the discussion as they disproportionately affect the world’s poorest nations. With an impact that extends for days, weeks and even years after the flames are extinguished, they impede progress towards the UN Sustainable Development Goals and deepen social inequalities.

After all, forest fires have health, economic and, of course, environmental consequences. On the one hand, the health of people is directly affected by the inhalation of smoke from forest fires, which generates respiratory and cardiovascular impacts and increases the effects on the health of the most vulnerable. On the other hand, the economic costs of rebuilding after areas are affected by wildfires may be beyond the reach of low-income countries. In addition, watersheds are degraded by pollutants from forest fires, which can also lead to soil erosion causing further problems for waterways, where the debris left behind is often heavily polluted and requires proper disposal.

The vicious circle between fires and warming

Forest fires and climate change exacerbate each other. Specifically, fires that consume entire forests are made worse by climate change through increased drought, higher air temperatures, low relative humidity, lightning and high winds, resulting in warmer fire seasons, dry and long. At the same time, climate change is being exacerbated by wildfires, primarily through the destruction of sensitive and carbon-rich ecosystems such as peatlands and rainforests. This turns some of these landscapes into pure tinder, making it difficult to stop rising temperatures.

Wildlife and their natural habitats are rarely spared from bushfires, pushing some animal and plant species to the brink of extinction: a recent example is the 2020 Australian bushfires, which are estimated to have killed thousands of millions of domestic and wild animals. Therefore, there is a critical need to better understand the behaviour of wildfires. For this, it is essential to achieve and maintain adaptive land management, since the fight against fire requires a combination of policies with an adequate legal framework, as well as incentives that promote the appropriate use of the land.

Furthermore, restoring ecosystems is an important way to mitigate the risk of wildfires before they occur and to build back better afterwards. Restoring wetlands and reintroducing species such as beavers, restoring peatlands, building away from vegetation, and maintaining buffer zones in open spaces are some examples of essential investments in prevention, preparedness, and recovery.

The report concludes with a call for stricter international standards for the safety and health of firefighters and to minimize the risks they face before, during and after operations. This includes raising awareness of the risks of smoke inhalation, minimizing the potential for life-threatening entrapments, and providing firefighters with access to proper hydration, nutrition, rest, and recuperation between shifts. In this regard, UNEP will also explore how further investment can be made to reduce fire risks in critical ecosystems around the world.