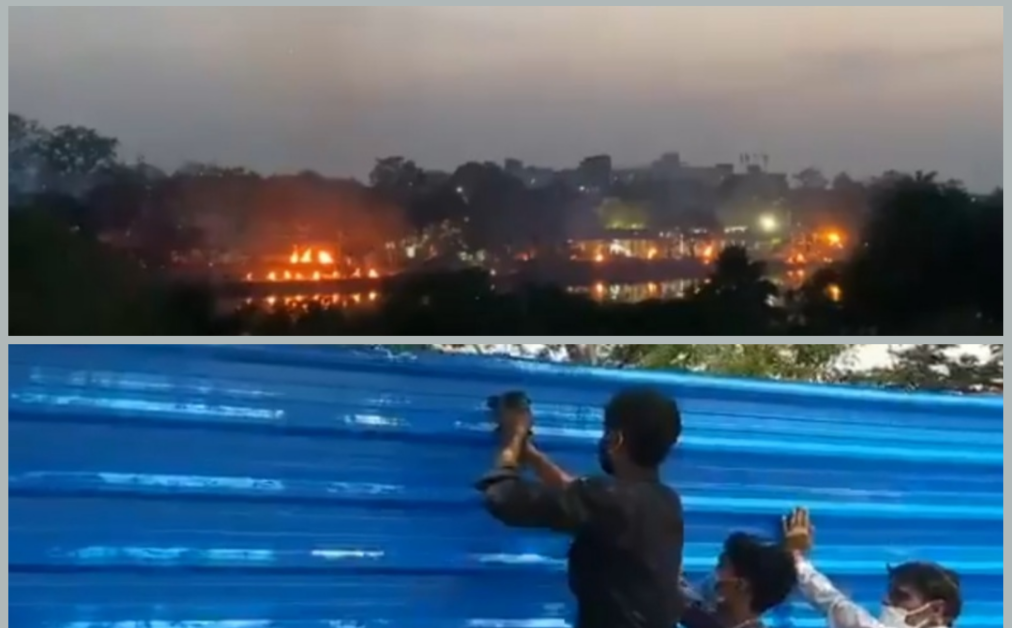 A day after a shocking video emerged online showing a large amount of co-burning of firewood at the Bhainsakund Crematorium in Lucknow area of Uttar pradesh, the local authorities posted lead sheets, around the area, in an attempt to cover up the scene.

The developments came a day after a shocking visual from Bhainsakund surfaced on social media showing several firewood burning there at the same time.

After the video of the alleged crematorium closure emerged, many compared it to the wall built in Ahmadabad last year ahead of Donald Trump’s visit to block his view of the slums.

According to reports, Bhainsakund like most crematoriums in India today is experiencing a sudden increase in the number of cremations being performed there every day.

Many of them are said to have died from COVID-19. But the number of those cremated according to the COVID-19 protocol is much higher than the official death toll from infection.

You can connect with Ground Report on Facebook, Twitter and Whatsapp, and mail us at GReport2018@gmail.com to send us your suggestions and writeups…