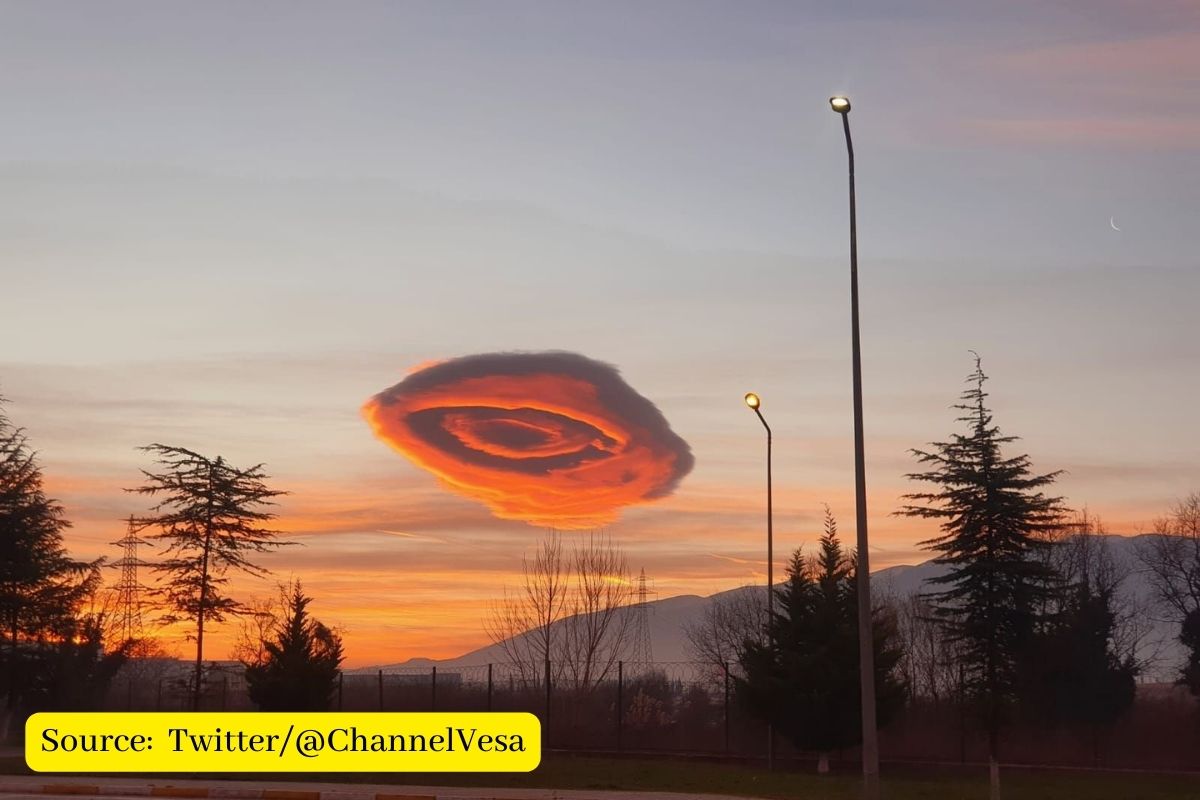 A gigantic flying saucer-shaped formation hovered over a city in Turkey, changing colours from orange to pink to yellow as dawn cascaded down. What was it? Many wondered.

In Bursa, one of the eighty-one provinces of Turkey, a strange cloud formation amazes the residents of the city.

The circular cumulus cloud has been very similar to a UFO (Unidentified Flying Object) and covered the sky during the early morning hours of the town located about 100 kilometres south of the city of Istanbul.

The surreal sight, which has been captured on video, has gone viral on social networks where it has been possible to observe the sudden displacement of the strange cloud formation that surprised residents shortly after dawn.

Turkey’s meteorological directorate noted the strange formation was an example of “lenticular clouds” that usually form as a result of strong wind fluctuations over hills and mountains.

It should be noted that lenticular clouds are stationary clouds that form primarily in the troposphere, typically in alignment parallel to the wind direction. They are often comparable in appearance to a lens or to a UFO, an Unidentified Flying Object.

What Is a Lenticular Cloud?

Lenticular clouds are stationary lens-shaped clouds that form in the troposphere, usually in alignment perpendicular to the wind direction.

These strange and unnatural-looking clouds sometimes form downwind on hills or mountains. They are quite unusual in the British Isles but do occur occasionally. They closely resemble the traditional shape of flying saucers in science fiction, and actual lenticular clouds are believed to be one of the most common explanations for UFO sightings around the world.

How are lenticular clouds formed?

When air blows across a mountain range, under certain circumstances, it can form a train of large standing waves in the air downstream, much like the ripples that form in a river when water flows over an obstruction. If there is enough moisture in the air, the upward motion of the wave will cause water vapour to condense, forming the unique appearance of lenticular clouds.