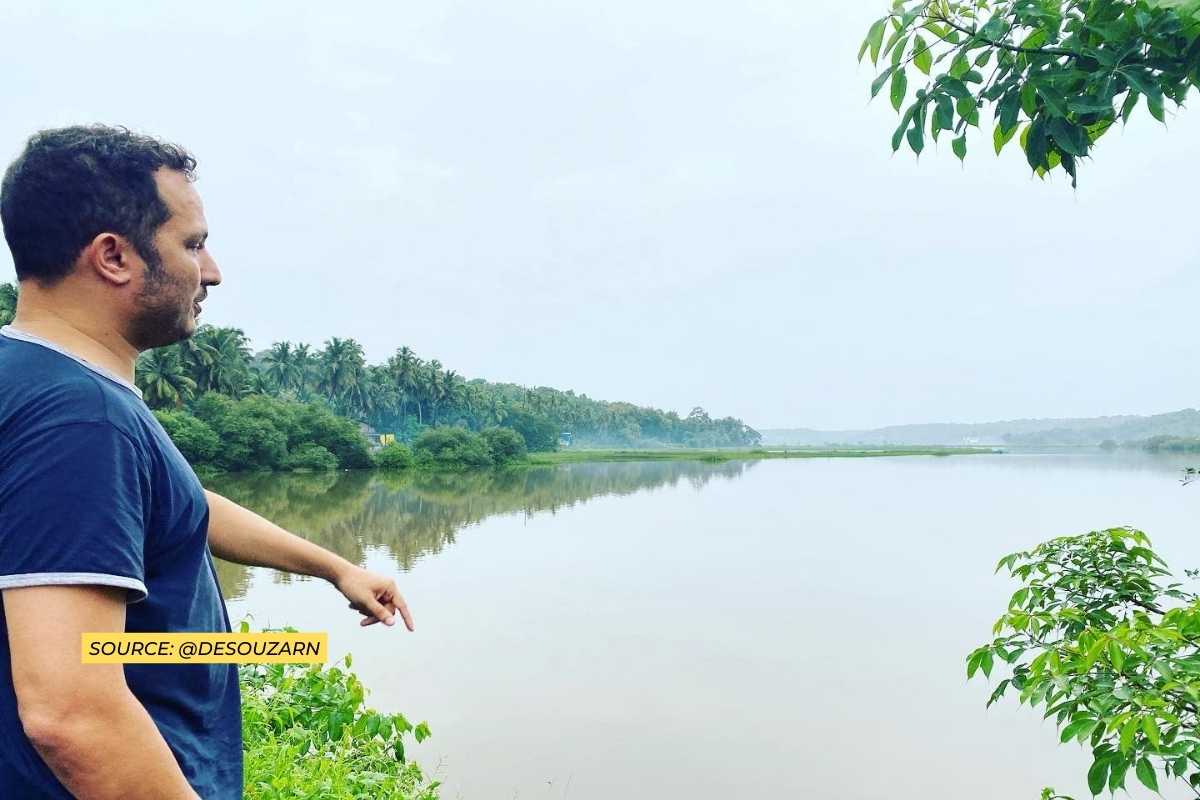 A paper presented at Goa University states that Khazan lands are carefully designed as ‘topo-hydro-engineered Garo-aquaculture ecosystems’. The structure of these lands depends on their distance from the nearest watershed and the tidal estuary. According to National Geographic, an ‘estuary is an area where a freshwater river or stream meets the ocean.’ They are also called a bay, or lagoons.

Furthermore, the existence of the Khazan lands depends on the control of the balance between the availability and flow of freshwater (rainfall and aquifer) and saline (estuarine) water.

According to The Energy and Resource Institute (TERI), this type of farming is practiced in low-lying areas of Goa. It has always been a defense against excesses such as high tides, storms, or floods. Furthermore, the farming practice has been in use for more than the last 3,500 years.

Sangeeta Sonak, Executive Director at the Centre for Environment and Natural Resource Management explains in her book called ‘Khazan ecosystems of Goa’ that Khazans are predominantly rice and fish fields.

They are reclaimed wetlands, salt marshes, and mangrove areas where tidal influence is regulated by the construction of embankments (bunds) and sluice gates.

She further explains the Khazan ecosystem is a human-made ecosystem, developed by traditional, primitive, tribal communities of Goa. Additionally, it is a highly structured system of dykes, canals, furrows, and sluice gates from resources that were amply available locally.

Read more: A Goa village that strives to protect the fast-vanishing ‘Khazans’ | TERI

Bunds are built to stop saltwater intrusion which destroys the halophilic mangroves. Hence, people constructed openings in bunds equipped with one-way gates to regulate the passage of tidal waters. Fish, crabs, and shrimps would migrate through these canals with the incoming tide. And, when the water level was the same on both sides the gates would automatically close.

These gates would automatically open outward when the tide receded, enabling the water to drain out. This would percent the water from pouring into the fields which are used to cultivate paddy. They have a low tolerance to salt, preventing the crops from being ruined

Large portions of these lands are now being utilized for various other purposes. Major reasons are the generations-long lack of awareness and the urge to earn a better living.

The khazans have historically been preserved and utilized by locals but a rising tourism industry has resulted in major areas being sold to developers. Furthermore, the developers will fill up the water tracts and firm up the soil layer to set the groundwork for future building construction. These new buildings will destroy the region’s important biodiversity. In addition, put themselves at risk of flooding because there are no natural tide and wave barriers.

Rejuvenation of the Khazan lands