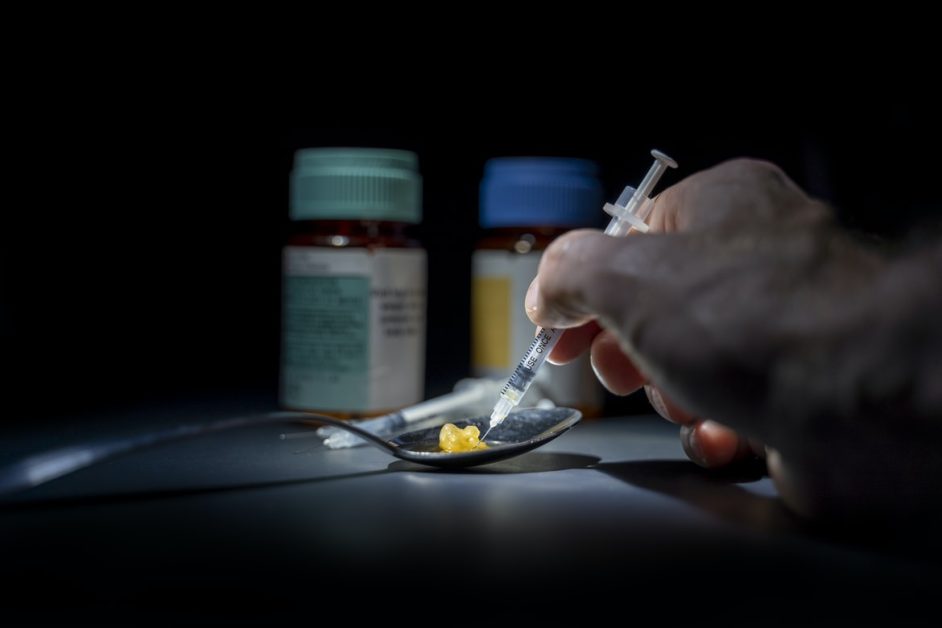 News Agency KNO quoting, Dr. Yasir Hussain Rather, a psychiatrist at the Institute of Mental Health and Mental Health (IMHANS), that drug addiction in Kashmir is increasing at an alarming rate as 10-15 new drug abusers, mostly drug abusers, are being brought in every day.

Rather said that in 2012 the hospital received about 100 drug addicts, “but now we are receiving 100 cases in two days and in the last two more than 8000 addicts have been received in the hospital.”

“There is an epidemic of drugs because 95 percent of cases are of substance abusers. Cases of drug overdose deaths are also due to a drugs overdose,” he said. He said that about 70 percent of drug addicts hospitalized by distributing needles while injecting drugs are suffering from Hepatitis C and also the possibility of HIV AIDS.

He said that drug addiction is a chronic disease and if they treat 50 patients, more than 30 patients come back again and drugs use for a period of five years is sure to cause destruction, devastation, and untimely death.

Now even female drug addicts are being received at the hospital, though their number is low yet now the trend has also started,” Rather said.

“There is no recreational option available for children in Kashmir because drug addiction is not an option, but in the absence of any sports and recreational option, children are becoming addicted as we are mostly in the age group of 15-30 years. ” They said.

Talking to Ground Report, Dr. Manzoor ul Hasaan at the HNSS Drug Rehabilitation Center said that the major causes for drug addiction among girls are stress, the pressure of studies, family disputes, failure in life, examination stress, love affairs. He added that due to lack of facilities, social stigma restricts women from seeking rehabilitation or treatment in the state.

she added that she began with glue-sniffing ‘for fun’ during her school days and then moved on to opiates. (drugs derived from opium). Fear of social stigma and lack of facilities in Kashmir, her parents had to take her outside Kashmir for treatment. She said, “now I am fine after the treatment of 11 months, I am okay”.

Abdul Rashid, Former director of health,  said that ‘glue sniffing’ among teenage girl students has become widespread because the chemical is easily found in common products of daily use. Toluene is found in paints, petrol, varnishes, lacquers, paint thinners, adhesives, glues, rubber cement, and shoe polish among other things. He further said that getting other drugs is a bit more difficult for girls than buying ink remover or polish.

That youth on drugs may physically live in the same house with their families, but be alone emotionally. they added that they do not care about what happens to their near ones and these insensitivities extend towards society. (Kashmir’s drug problem)

The problem of drug abuse in Kashmir was first highlighted a decade ago by the United Nations International Drug Control Programme survey in 2008 which showed that there were more than 70,000 drug addicts in Kashmir. That survey also revealed that 65 to 70 percent of the student community in Kashmir was into drugs and that 38 percent of female students were involved in drug abuse. More than 70 percent of addicts fall in the 18-35 age group.

Due to rising tensions in the state and political instability, there has been no study on the issue in the last 10 years.