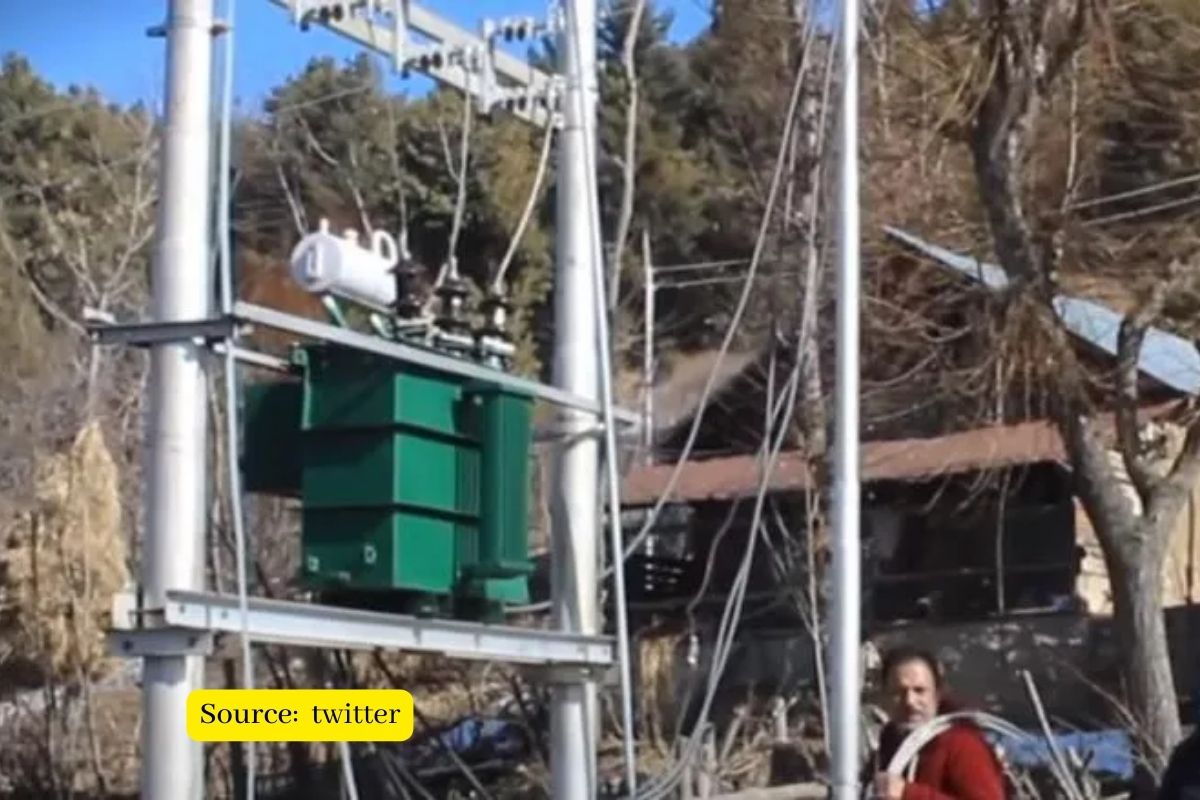 The locals said they would light candles and other traditional lighting systems. Aslam Khan, a local, said that with electricity, his children could study late into the night. “Now we will be able to charge our phones and talk to our families, friends etc.,” said another Mohammad Jabbar from the town.

He said they would go to Dooru, which is far from the area with no road connectivity to charge their phones.

Zaffar Khan, another resident, said: “I turned 60 years old. Today I saw electricity for the first time. We are very grateful to L-G Sahab and DC Sahab. We are also grateful to the Department of Power. Previous generations could not see the miracle of electricity. Today we are lucky that the government has provided the electricity.”

A department official said it was very difficult to bring a transformer, poles and other things as the area has no road connectivity. He said work on the project started last year and was completed this year. A 63 KVA transformer, 38 High Voltage poles and 57 LT poles were installed in the area, in order to bring electricity to about 50 homes, he said.

He added “We started the process of creating the grid in 2022. But there was a problem with the intervention of a high-voltage line. Today electricity was supplied to this remote area. We installed a 63 (KV) transformer here. The people of this village have seen electricity for the first time in 75 years.”

According to government data, about 18 villages in Jammu and Kashmir have received electricity for the first time in recent times since India gained independence, and many more are on the list.