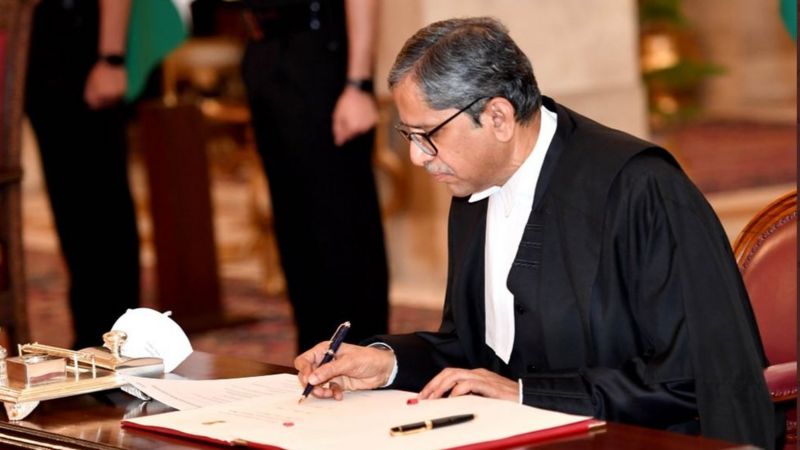 The tenure of Justice SA Bobde, who was the Chief Justice before him, came to an end on Saturday.

Justice Ramana is from a farming family and he is interested in literature.

Justice Ramana will serve as the Chief Justice of the Supreme Court till the age of 65, on 26 August 2022.

Who is Justice NV Ramana?

Justice Ramana was born on 27 August 1957 in a peasant family of Ponnavaram in Krishna district of undivided Andhra Pradesh. For two years from 1970 to 1980, he worked for the Enadu newspaper as a journalist for politics and law.

On 10 February 1983, he started advocacy work, after which he practiced in Andhra Pradesh High Court, Andhra Pradesh Administrative Tribunal and Supreme Court.

Apart from constitutional matters, he worked on the civil matters, labour service matters and election related matters as well. He also worked on matters related to the Interstate River Tribunal.

Prior to working as the Additional Advocate General (AAG) of Andhra Pradesh, Justice Nathulapati Venkata Ramana was a panel lawyer during the practice as Additional Standing Council for Railways at the Central Administrative Authority in Hyderabad.