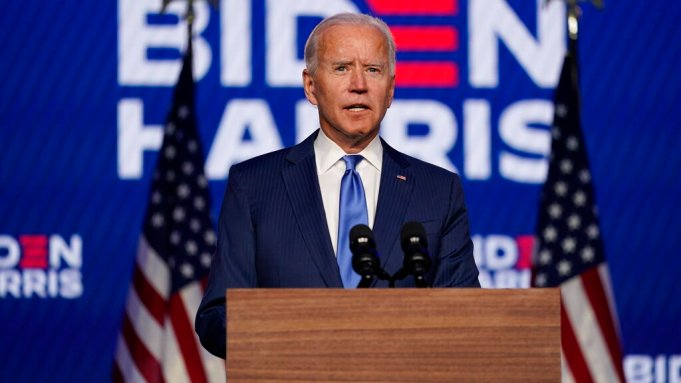 The President of the United States confirmed, Wednesday, April 14, his intention to withdraw without conditions the American troops deployed in Afghanistan by September 11.

Joe Biden started from an observation to justify his decision.“We went to Afghanistan because of a terrible attack which took place twenty years ago” , the attacks of September 11 perpetrated by the terrorist nebula Al-Qaida then installed in this country, he said.

“The objective was clear and the cause was just” , continued the president, judging that this objective had been reached, in particular with the elimination of the founder of the nebula, Osama bin Laden, ten years later.“That cannot explain why we should stay there in 2021,” said Joe Biden.

“We will be more effective against our competitors if we fight the battles of the next twenty years, not those of the past twenty years (…), it is time to end this endless war” , he said.

‘Voicing in the White House treaty room, precisely where his Republican predecessor, George W. Bush, had taken his seat to announce the American intervention.

The president has endeavored to respond to his critics, Democrats and Republicans alike, who deem this announced withdrawal dangerous.

“We cannot continue the cycle of extending or widening our military presence in Afghanistan in the hope of creating the ideal conditions for our withdrawal, hoping for a different result ,” he said, recalling being the first president in forty years to have had a son deployed in a theater of operations.

“We have given ten years to those who believe that diplomacy cannot produce results without a strong military presence” , he said later, believing that the proof had not been made of the effectiveness of this strategy.

“It is time for the American troops to return home”

“I am now the fourth US president to manage a US troop presence in Afghanistan. Two Republicans. Two Democrats. I will not pass this responsibility to a fifth,” he assured.

“It’s time to end America’s longest war. It is time for US troops returning home“, has he tried, recalling that he had inherited arriving at the White House of an agreement negotiated by his predecessor, Donald Trump, fixing the withdrawal to 1st May.

He justified the postponement in September to ensure an orderly start, while respecting the signature of a President of the United States.