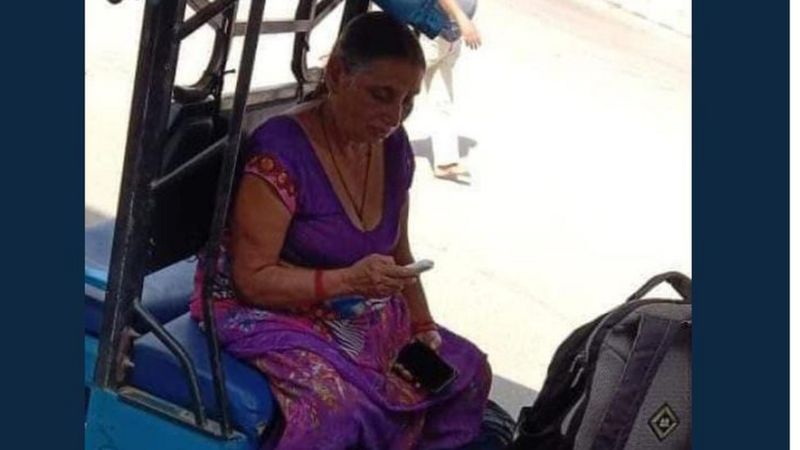 A heartbreaking picture of a mother in India has gone viral with the body of her 29-year-old son lying at her feet.

In this photo, Chandrakala Singh is sitting in a rickshaw with the body of his son Vineet Singh.

This picture is from Varanasi, Uttar Pradesh. The picture is just one example of the plight of citizens trapped between the rapidly spreading virus and the health care system on the brink of failure in India.

The state of Uttar Pradesh is being hit the hardest during the second wave in India. The city of Varanasi where this photo was taken is Prime Minister Modi’s constituency.

Jay Singh, a relative of the slain Vanit Singh, said that his mother Chandrakala Singh had taken him to a hospital an hour away from her home on Monday morning, BBC reported.

According to Jay Singh, Vineet had kidney problems and was being treated at the Banaras Hindu University Hospital. He had a Monday appointment book with the doctor a week ago.

But when the mother and son arrived at the hospital, they were told that the doctor was not there and they were advised to go to the trauma center where emergency cases are dealt with.

Vanit fell at the entrance of the trauma center and according to his mother, the hospital staff refused to admit him.

“She is OK. Get her out of here. My son, my child, could not breathe. We begged them for oxygen and an ambulance, but we got nothing.

Chandrakala Singh put his son in a rickshaw and took him to a private hospital but he also refused to admit him.

Vineet died on the way to the third hospital and her body was lying at her mother’s feet.

Chandrakala Singh was exhausted with grief and sought immediate help, but his phone and his son’s medical records were stolen.

It is unknown at this time what he will do after leaving the post, as his family says he did not show any signs of the virus.