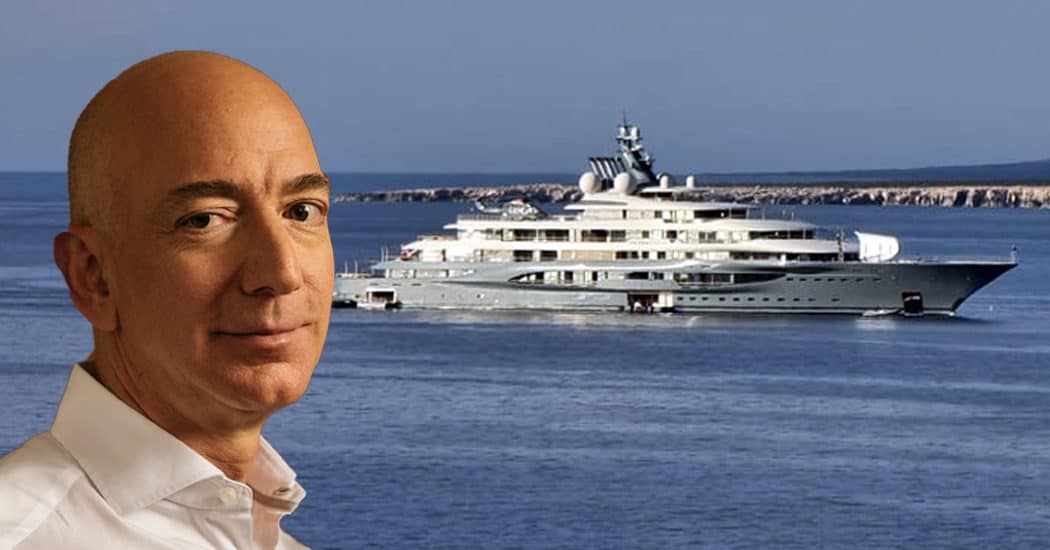 Ground Report | New Delhi: Jeff Bezos superyacht controversy is surrounding the internet. Jeff Bezos is the second-most-wealthiest person as per Bloomberg’s billionaire index and the third-most-wealthiest person according to Forbes. Bezos is famously known as a founder of Amazon and a former chief executive of the same. Bezos is often in the headlines for investing his money in the most bizarre ways like Elon Musk when he flew to space.

ALSO Read: Product identified on Amazon that people were using to commit suicide

This time the headlines are made for investing in a superyacht that has taken the internet by a storm. The controversy, however, revolves around a Dutch bridge than it does around the superyacht.

What’s All the Fuss About?

The superyacht costs around 500 million dollars, but the cost to deconstruct the bridge is still unknown to the city. The three-mast sailing superyacht with a black hull and an accompanying shadow vessel will be 417 feet long and thus, will be the largest superyacht in the world. The people are not thrilled or joyous about Jeff Bezos dismantling their historic bridge for his personal benefits, as of now it’s unclear when the bridge will be dismantled.

ALSO Read: Is Facebook Dying, Why People Loosing Interest In It?

Bridge Controversy in the US:

As per the American Road & Transportation Builders Association, 36% of the bridges in the United States or 224,000 bridges are in dire need of repair and reconstruction as it puts the lives of many people who daily go through the bridges risking their lives and it should be looked into before the bridges collapse. Last year in November, the Biden administration decided to invest 88 billion dollars in the reconstruction of some and repairing of other bridges. Bezos is backing the Biden administration in the infrastructure plans. Although due to the political division with congress, the budget for the fiscal year 2022 is still not acted upon.

The reaction of people to dismantling and rebuilding the historic bridge is saddening and it’s understandable, seeing the ordeal is being done to satisfy a billionaire’s will rather than the feelings of the civilians. However, in Bezos’s country, he is willing to spend and get on board with the plan of repairing and rebuilding the bridge.

Also Read: How to Chat Using Bluetooth on iOS and Android