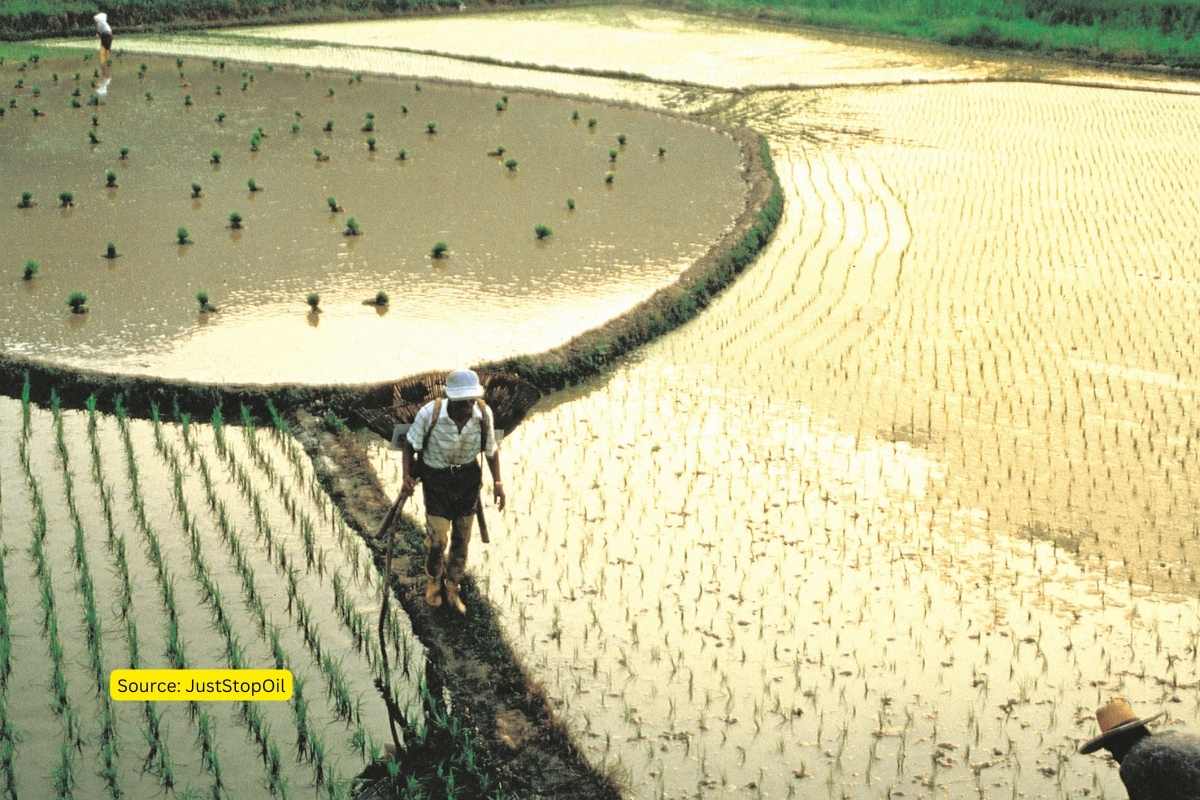 The relentless monsoon rains that flooded much of the state earlier this year damaged many farms in Assam. Despite significant pre-monsoon rainfall helping to prepare fields for Kharif paddy cultivation, the state experienced protracted and severe floods during the crucial periods for agricultural activities. Pre-monsoon rains often account for 20-25% of the North East’s annual rainfall.

However, according to the Indian Meteorological Department, this year it was 62% over average, the most in the previous years. Also, the temperature in the state continues to rise and may increase by 1.7 to 2.0°C from 2021 to 2050. In addition, with the increasing frequency of extreme rainfall events.

The North Bank Plain Zone which is the Agro-climatic zone of Assam has experienced increased variability in the amount and distribution of rainfall in recent years. Followed by an increase in the number of wet spell-driven flash floods and seasonal droughts. Monsoon floods and sporadic dry spells have an impact on the region’s monoculture of rice, which is primarily grown by small farmers. As the majority of farmers in the region are impoverished and lack adequate adaptation capacity. Hence, irregular rainfall makes rain-fed agriculture in the stone very sensitive, risky, and unprofitable.

Read more: Impacts of Climate Change on Growth and Yield of Rice and Wheat in the Upper Ganga Basin

Read more: Trends and fluctuations of rainfall regime in the Brahmaputra and Barak basins of Assam, India | SpringerLink

Changes in the climate will not only affect agriculture in Assam, many recent studies have shown a negative impact of changes in temperature and precipitation on Indian agriculture, which will be worse in the near future. According to an estimate, due to climate change, country-wide crop loss is expected to be over $7 billion in 2030.

The enormous amplitudes of the observed rainfall changes in recent years point to a higher degree of possibility of heavy floods and short-term droughts. This will undoubtedly present a significant challenge to agriculture in the future.