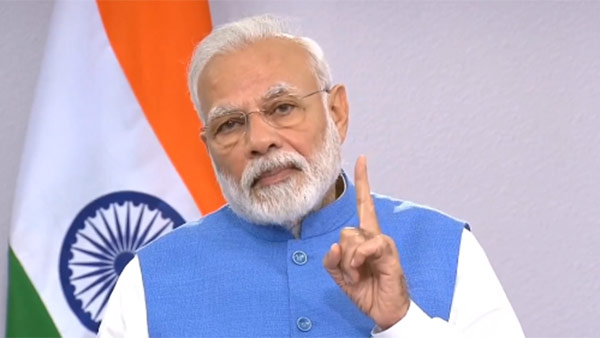 Coronavirus has been the biggest epidemic in 100 years

Ground Report | New Delhi: Prime Minister Narendra Modi on Sunday said in his monthly radio program ‘Mann Ki Baat’ that India today runs with the determination and not under the pressure of other countries and under their pressure.

The Prime Minister said, “We are proud to see this. Our confidence grows when India gives a befitting reply to those who plot against it. ” PM Modi said that when India does not compromise on the issues of national security and when the strength of our forces increases, we feel that we are on the right path.

Regarding the Corona crisis, the Prime Minister said that this phase of the epidemic is a test of the limits of our patience. He said, “To defeat the Corona epidemic is our first priority. In the war with Corona, the central government is doing everything possible for the states and the state governments are also doing their best to fulfill their responsibility.”

PM Modi appealed to the people that instead of accepting information related to corona virus on social media, seek the advice of doctors or read the information given on the website of the ministry or hospitals. He said that farmers have also produced record crops in the epidemic and the government has also made a record purchase.

“Coronavirus has been the biggest epidemic in 100 years, India faced many natural disasters during this epidemic in the form of cyclone storm and cyclone Yas … In this time of disasters, the people of cyclone affected states showed courage and patience. And discipline. I would like to humbly acknowledge their efforts for those who participated actively in relief and rescue operations. I salute them all, “said PM Modi.

PM Modi spoke with a liquid oxygen tanker driver, a female railway driver and an Air Force officer involved in transporting oxygen and related equipment to explain how these people are working overtime to deliver oxygen to the needy. The Prime Minister said that in many places farmers have received more than the minimum support price for mustard.