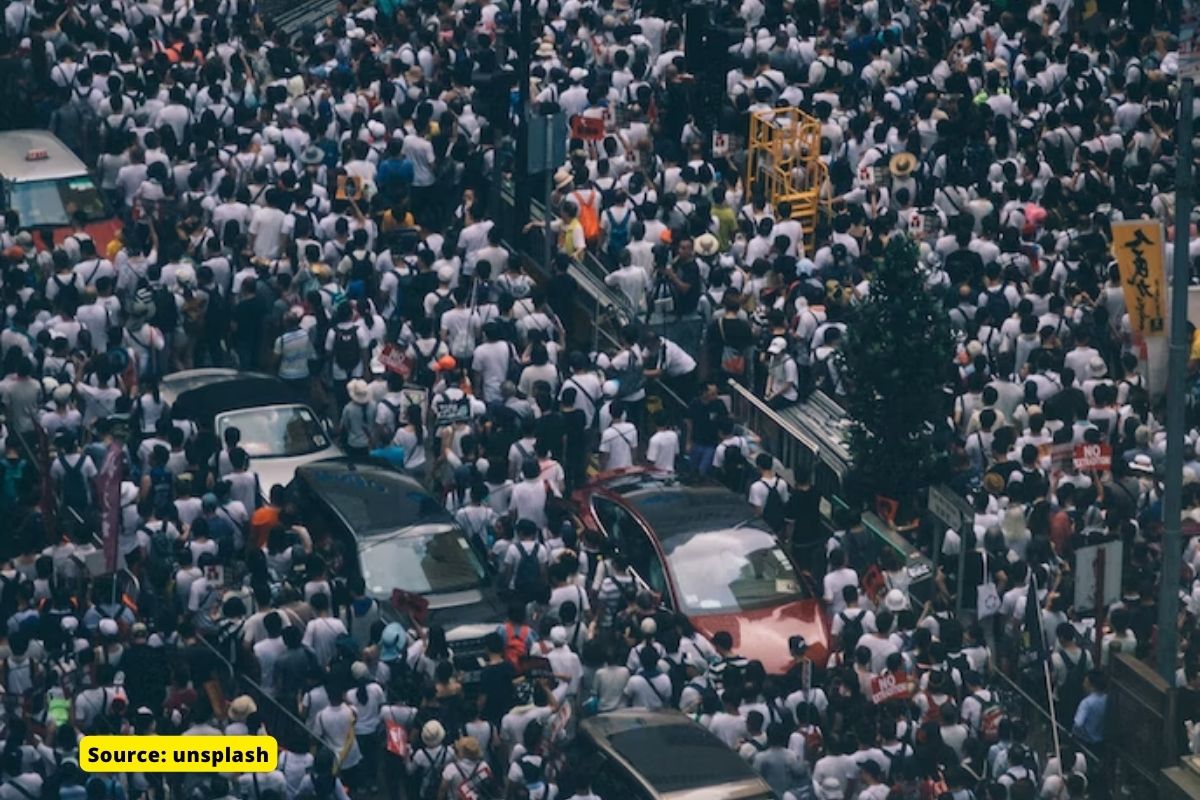 By mid-April, the forecast is for India to overtake China as the world’s most populous country. The Asian giants already have more than 1.4 billion people each, and for more than 70 years they have represented more than a third of the world’s population.

China’s population is likely to start shrinking next year. Last year 10.6 million people were born, slightly more than the number of deaths, thanks to a rapid drop in the birth rate.

But the landmark of India has one more point added: the land area. China is one of the world’s largest countries, after Russia and the United States. With 9,597 million km², it more than doubles the surface of India, at 3,287 million km². This means that the new leader in the world population will concentrate more inhabitants in half the space.

Demographers say much of this was achieved by trampling on human rights – two separate campaigns promoting a child and then later marriages, fewer children and longer gaps between them – in a predominantly rural and overwhelmingly poor country with no education.

At the same time, India, also known for its large population, managed to grow at 2% per year in the second part of the 20th century. The improvement of sanitary and educational conditions, although not much, reduced mortality rates: the massive migrations from the countryside to the city with sewerage and drinking water helped to improve the health of the population. Which translated into an increase in life expectancy and birth rates.

Over time, death rates fell, life expectancy increased, and incomes grew. China, and of course India, still do not have this casuistry. In 2022, China was still registering more births than deaths. In total, 10.6 million children were born. A figure that, however, has decreased. Like the West, the Asian country has seen a massive drop in birth rates. In this way, if in the 50s there were 5.7 births per woman, now the figure has remained at 2 and is falling.

Overtaking China could be significant

India, which comes to have a larger population than China, could, for example, strengthen its claim for a permanent seat on the UN Security Council, which has five permanent members, including China.

India is a founding member of the UN and has always insisted that its claim to a permanent seat is fair.

India launched a family planning program in 1952 and first established a national population policy in 1976 when China was busy reducing its birth rate, the BBC comments. The decline in birth rates would have been faster for India if politicians had been more proactive. All subsequent governments have also been cautious when it comes to family planning, says Tim Dyson, a demographer at the London School of Economics.