Home » If our government comes, the CAA will not be implemented in Assam: Rahul Gandhi

If our government comes, the CAA will not be implemented in Assam: Rahul Gandhi 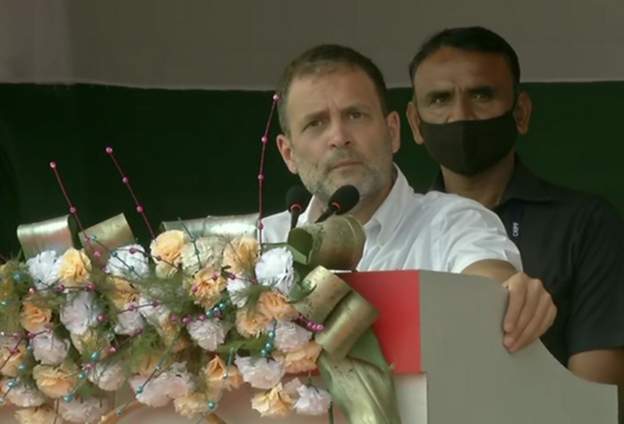 Congress leader Rahul Gandhi while addressing a public meeting in Dibrugarh in Assam on Friday said that if our government comes then we guarantee that the Citizenship Amendment Act (CAA) will not be implemented and will fight against it.

He said, “You think democracy is declining.” Youth is unemployed, farmers are protesting, CAA has been brought. One force of Nagpur is trying to control the whole country.”

“Democracy means that the voice of Assam should control Assam.” If we do not include students, then there can be no democracy. Youth should actively participate in politics and whenever you feel that the state is being looted, fight for Assam. You have to fight with love rather than stones and sticks. “

The BJP promised Rs 351 to tea workers, but gave Rs 167. I am not Narendra Modi, I do not lie. Today, we give you 5 guarantees – 365 rupees for tea workers, we will stand against CAA, give 5 lakh jobs, 200 units free electricity and 2000 rupees will be given to housewive.