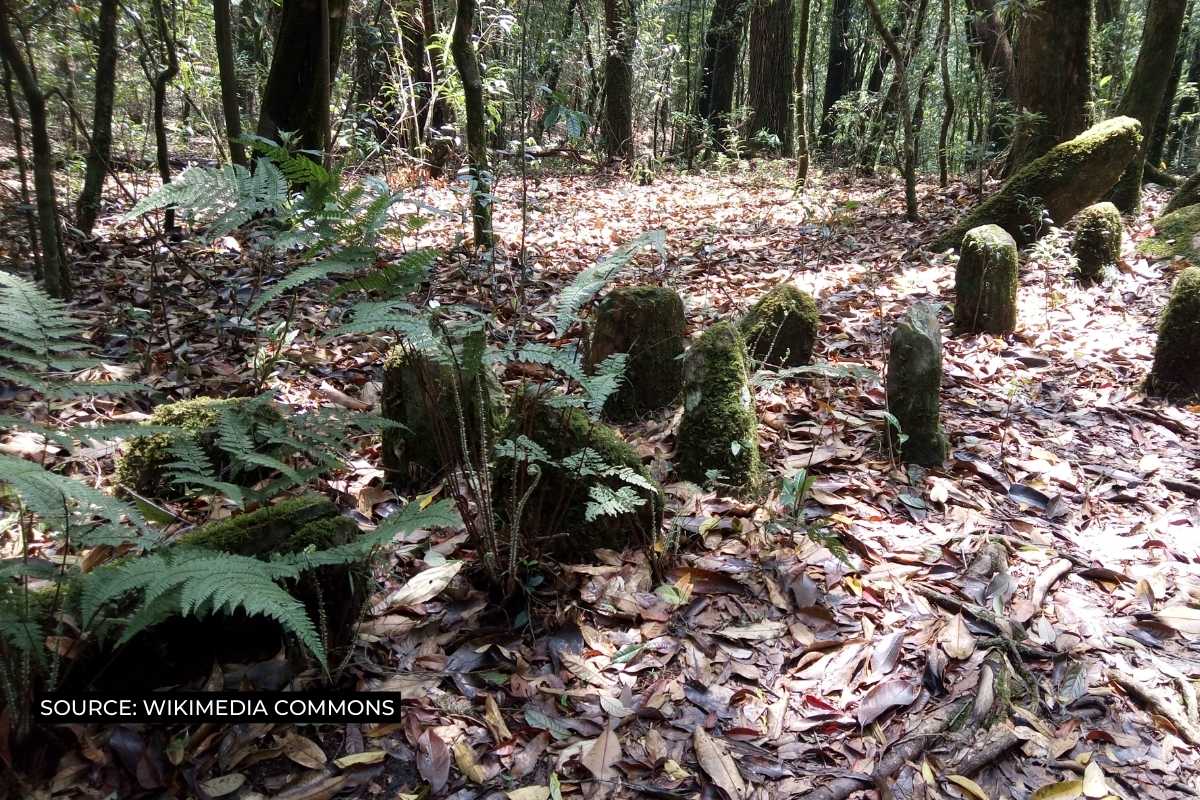 Sacred groves are a form of nature worship and are considered ‘Sacred Natural sites’ as per the definition provided by IUCN. Since the beginning of time, indigenous groups have performed numerous cultural and religious rites at a location that is dedicated to the local god.

There are around one lakh sacred groves across India that have helped in the conservation of biodiversity and endangered species with religious practices. Due to their ancient beliefs and appreciation for the environment, several ethnic groups in north-eastern India have maintained and safeguarded numerous forest sections and even specific trees or animals.

Read more: Sacred groves of Assam: biodiversity status and strategies for their conservation

A study published in IJCRBP, states that the Bodo and Rabha tribes as well as the Dimasa ethnic group, who live in Western Assam’s foothills and plains, have the tradition of maintaining sacred groves. These are locally called ‘Thans’ and ‘Madaico’. Another study by Tezpur University, Assam recorded 282 sacred groves in 32 districts of Assam.

Read more: sacred groves: an analysis made in the cultural perspective within btc, assam, india

Giant bamboo, pear bamboo, pink banana, Mexico pepper, Indian smilax, Areca nut, sandpaper tree, and devil’s cotton are some of the commonly found species among the 98 plant species that have been recorded.

It has also been found that plants belonging to these sacred groves possess medicinal properties. Furthermore, they are used by traditional healers to treat 30 human ailments. Analysis claims that these sacred groves provide refuge for endemic and endangered plants or animals. Additionally, it provides ecosystem services such as a reservoir of biodiversity, improves soil stability, and prevents soil erosion. Hence, acts as an indicator of ethno-environmental management.

Read more: The Sacred Groves and Their Significance in Conserving Biodiversity An Overview

According to Global Forest Watch, India lost 376,000 hectares of primary forest between 2001 and 2021. But, despite these trends, many sacred groves are still completely unaltered preserving vast biological variety. Furthermore, serving as significant carbon sinks that reduce atmospheric emissions. One study found that over the course of 35 years, two urban sacred groves Deorali and Enchey in Sikkim have absorbed and stored roughly twice as much carbon as a naturally renewing forest.

Numerous sacred groves around the nation are under threat from a variety of anthropogenic pressures brought on by urbanization, resource exploitation, development activities, and a rise in the human population. Therefore, as sacred groves contribute so much to the conservation of biodiversity and are inextricably related to the cultural, social, ecological, and economic roles of the indigenous tribes, the preservation of these groves is crucial for preserving the local biodiversity.