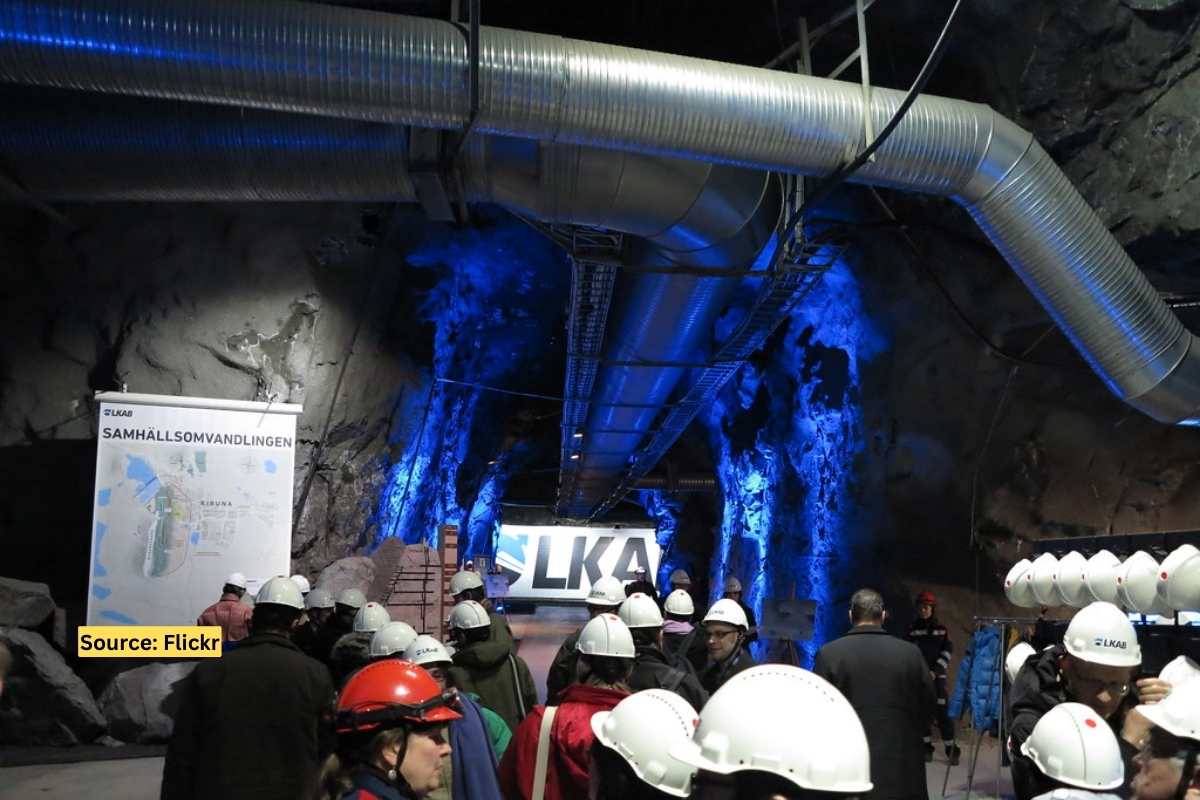 The Swedish mining company LKAB announced that it has found the largest deposit of rare earths in the European Union in the far north of the country, a deposit that will represent a “substantial part of European needs.”

The discovery of the rare earth deposit, discovered by the Swedish company LKAB, will be key to the production of electric vehicles and wind turbines. “We have discovered the largest deposit of rare earth in Europe, and we will continue exploring,” CEO of LKAB, Jan Moström said in a press conference.

Sweden’s LKAB Group Chairman and CEO Jan Moström have made the announcement: “We have found the largest known deposit of rare earth elements in our part of the world, and it could become an important component to produce the critical raw materials that are absolutely crucial to enable the ecological transition.”

Initial exploration of the deposit called Per Geijer indicates that it contains 585 million tons of ore, where there is apatite, which contains phosphorus and other rare elements.

The European Commission expects that the demand for these elements will multiply by more than five by 2030. “Energy independence begins in the mine,” says Mostrom. Currently, China has between 50 and 60% of the market share and its processing capacity reaches 80%. Virtually a monopoly forces both the United States and the European Union to depend on the Asian giant for the purchase of rare earth.

“We need to strengthen industrial value chains in Europe and create real opportunities for the electrification of our societies. The policy must give the industry the conditions to switch to fossil-free and green production,” says Ebba Busch, Minister for Energy, Trade and Industry.

These materials are used to manufacture many key products for the energy transition. For example, batteries for electric vehicles or those used to store energy from renewable sources such as the sun and wind require raw materials such as cobalt, lithium, graphite and nickel.

Dysprosium, neodymium and praseodymium are rare earth elements (REEs) that are vital for the construction of motors for electric vehicles and wind generators. In addition, other sectors, such as defence and aerospace and digitization, are also consumers of these materials.

Despite the discovery of the urgent need to achieve the independence of the Asian giant, the exploitation of this mine will not be immediate. “The plan is to be able to submit an application for an exploitation concession in 2023,” says Moström.

The Swedish firm is already working on the preparation of a gallery at a depth of approximately 700 meters in the current mine “to be able to investigate it in depth and in detail”, explains the president of LKAB. “We haven’t seen the full extent of the deposit,” he adds.

At the moment, the Per Geijer deposit, as known from various studies, has 400 million tons of mineral resources with the high iron content of more than 500 million tons.