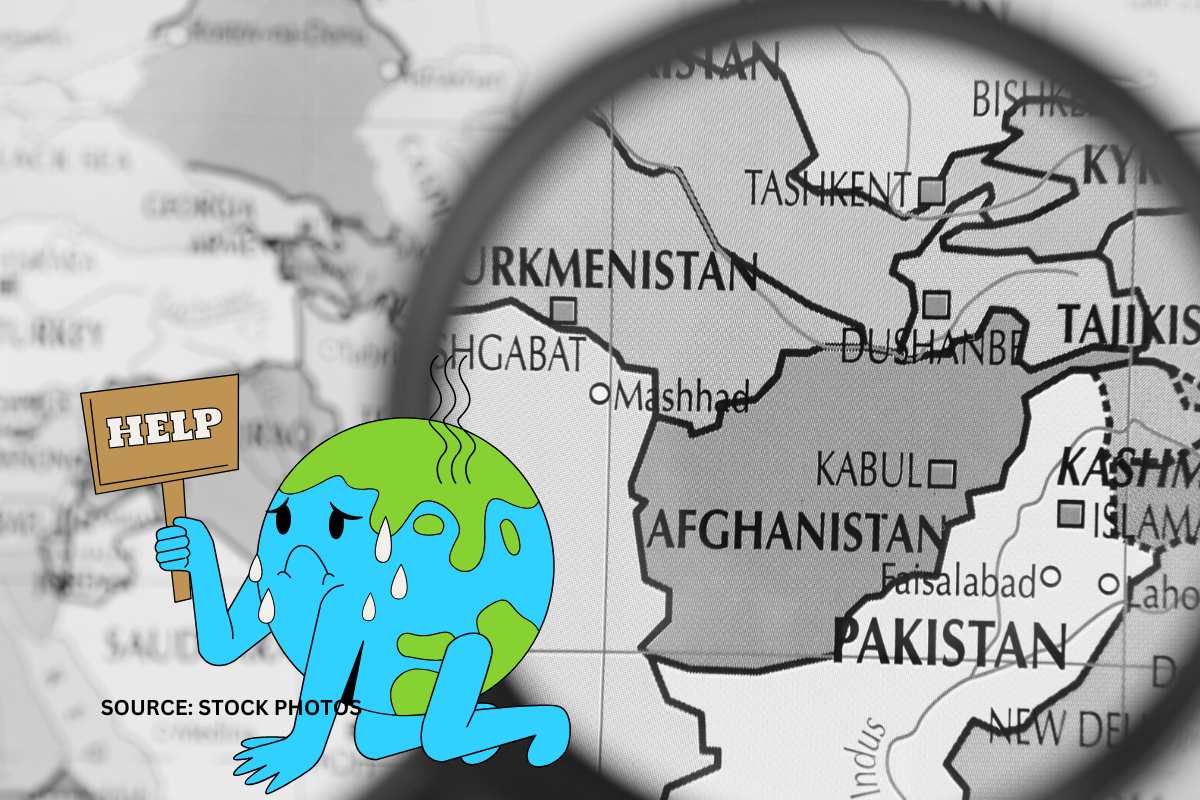 At the end of 2021, there were as many as 4.3 million internally displaced persons (IDP) owing to political instability and economic collapse. The dependence of almost 80% of Afghanistan’s population on agriculture contributes to its extreme vulnerability to climate change.

Hence, the changes in temperature and monsoon patterns have an enormous impact on the yield in agriculture, risking food security and pushing a population of 4.1 crores of Afghanistanis into a crisis.

As of May 2022, almost half of the total population of Afghanistan was considered acutely food insecure. Soaring prices of wheat ever since the Russia-Ukraine war have only made things worse.

This is known to endanger their livelihoods as well as their lives.

Afghanistan has been prone to severe droughts as well as flash floods affecting the poor section of society. Most of these people reside in rural areas and depend directly on agriculture. Droughts are known to have affected 2/3rd of the country of Afghanistan in the year 2018.

Severe droughts were seen in the northwestern and northern parts of the Badghis and Balkh provinces causing havoc in agricultural fields and leading to the death of livestock. Furthermore, floods wrecked chaos and loss of life around the capital city of Kabul and in the nearby province of Parwan.

Ever since the takeover of Afghanistan by the Taliban things have changed for the worse. The international funding previously received for water resource management and climate change mitigation has been on the downside. With a serious lack of governmental policy in the mitigation of such climatic catastrophes, there has been an upsurge in the internal as well as international migration of people.

The UN has projected an extreme temperature rise of 6° C if carbon emissions globally are not reduced. Checking carbon emissions and moving towards net zero emissions is the only way to save Afghanistan from the disaster it is nearing.

This situation presents an irony as the worst-hit countries are often the ones that emit the least carbon.