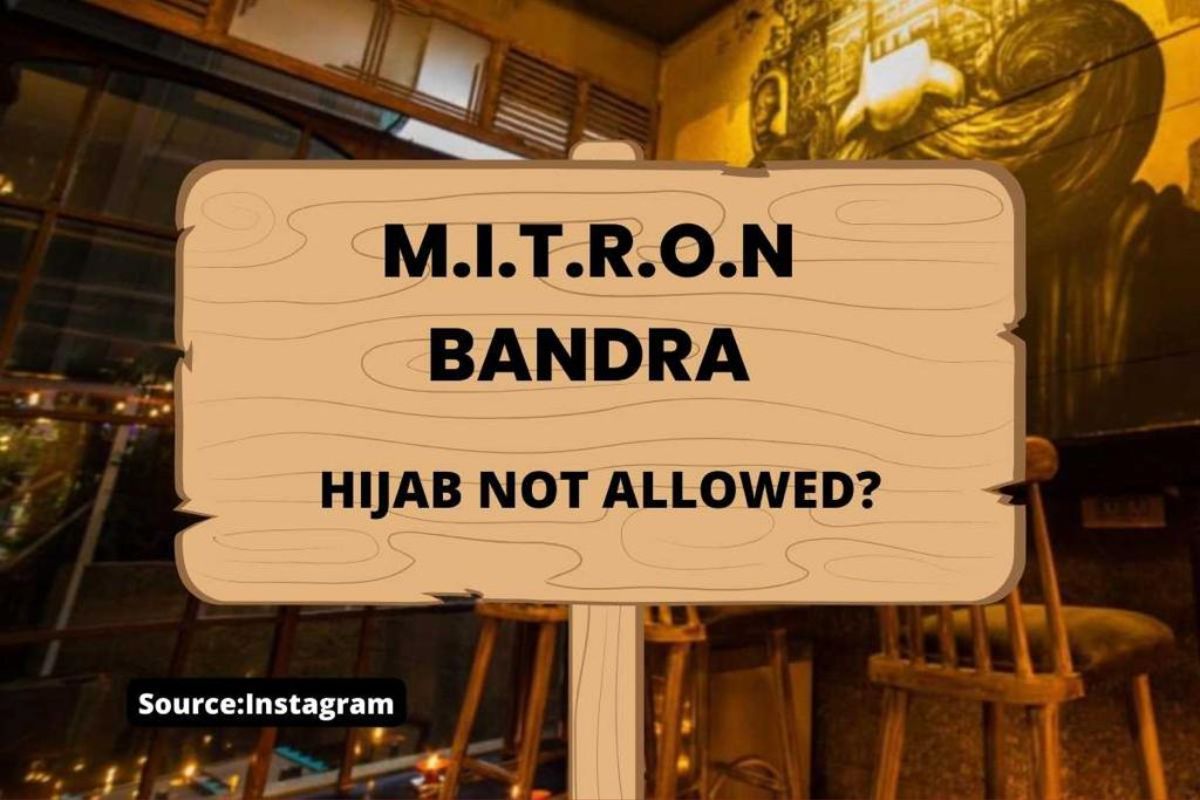 In Her Instagram Post Ayesha said “On 5th June 2022, I experienced something in the middle of Bandra in Mumbai that I thought was far far away from me.

Her post read, “@bandramitron Mitron Bandra We were so in shock that we didn’t even ask to speak to a manager. However, now is a great time for someone from management to please respond. @vinayakghoshal Sorry this had to happen on your birthday. I do know that if I had shown up earlier we could’ve shifted the entire party and wouldn’t have had to suffer this ordeal this way.

She further wrote “People in the restaurant industry, I’m sorry for tagging all of you but I just want to know where everyone stands in terms of what counts as rights of admission reserved and what counts purely as religious discrimination.”

She further said “What is about to follow is an extremely harrowing, embarrassing experience that has left us shaken. We were invited to a friend’s birthday at M.I.T.R.O.N. I’d been having a bad couple of days and wasn’t in the mood for a big party so my friends and my niece who were also invited to the party waited back with me and we arrived at the venue at around 11 PM. And that’s when the drama began”.

“As soon as we reached the woman at the check in desk and said we were there for a party and had our names on a guest list, she said, without letting us > finish our sentence that guest list entries shut at 10 and we would have to pay a cover charge to go in. Not how much cover charge, no please pay this much and you may go, nothing”.

“We finished our sentence. Said we were there for Vinayak’s party. The woman says there’s no such guest list. We call up Vinayak who is in the restaurant and he says to tell her that we’re with Pooja’s party. The guestlist was under Pooja’s name. She sort of ignores us while Vinayak says he’s figuring out things upstairs. While we’re waiting, another lady shows up. She also says she’s there for Vinayak’s party. She’s also told that there isn’t a guestlist for that name. She is waiting at the side as well” she further added.

In the interim two of my friends who were just finishing up a cali outside come inside, they knew to say that it was under Pooja’s guestlist and they get their entry bands. We tell the lady again that we’re with them and at the same party. She says, that that’s not what you said earlier, since we’d said Vinayak’s party she couldn’t let us go. In that same breath, however, she turns around goes to the lady who had come in after us, talks to her in hushed tones, hands her a band and lets her go. It looked like when we said Vinayak’s and Pooja’s parties were the same she let the other lady go by giving her that piece of information while still keeping us waiting.

Former actress Sana Khan wrote “So sick! Sorry you had to go through this.. unfair & Shame!!!”

Another user wrote “In my 6 years in Mumbai never have I ever come across an incident as appalling as this …. absolutely disappointed with @bandramitron you guys have let down Mumbai. I still can’t wrap my head around this. I am extremely sorry @allsanillusion and Nida that you had to go through this bullshit…i cannot imagine how it must have felt. Really sorry. @bandramitron you owe them a public apology and make sure this doesn’t happen again. Get your attitude right. ..we are in 2022 for god’s sake.”