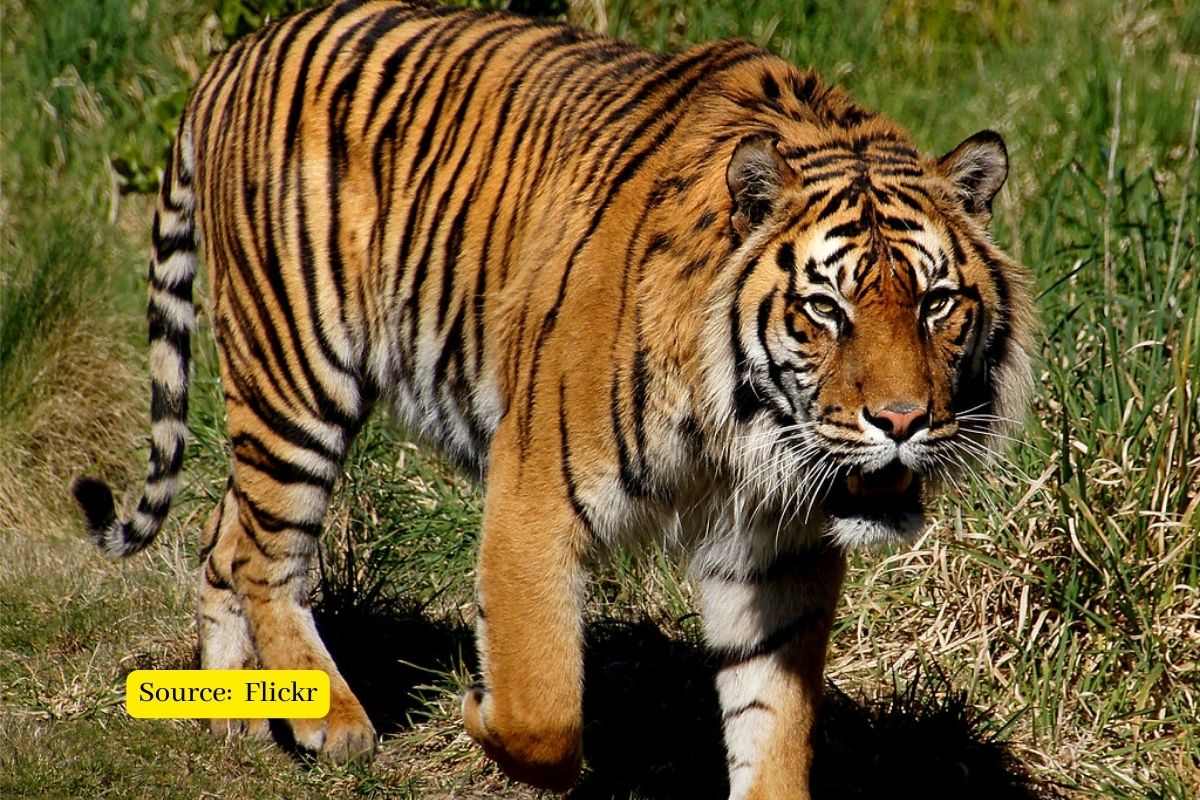 A tiger killed a 32-year-old man in the Ramnagar forest division of the Corbett Tiger Reserve (CTR), authorities said on Sunday. The victim Nafees’ half-eaten body was recovered on Sunday morning 150 meters away from a bridge over the Panod canal, CTR director Dhiraj Pandey said.

The tiger dragged Nafees near the canal on Saturday night when he was drinking liquor with some friends, he said. Nafees was a resident of Khatari village, near Ramnagar, Pandey said.

According to reports, Nafees resident Mohalla Khatadi had gone to visit the Mohan area along with his neighbour friend Mohammad Shami and Ravi Negi, resident of Indira Colony, Ramnagar. It is being told that all three were drinking at the time of the incident.

Samir Sinha, chief wildlife warden of the Uttarakhand forest department, told the Times of India that no one is allowed inside the Corbett-Ramnagar forest area between sunset and sunrise. The tiger that attacked Nafees had recently attacked and killed another man on December 12.”

He added: “There are clear instructions that this vulnerable area, where the trio entered during the day and stayed until night, should be avoided after dark. We have given instructions to trap or tranquillize the animal.”

In such a situation, the question will surely arise if Section 144 was enforced in the area and forest personnel were on patrol, then how were three young men openly drinking alcohol in the forest?

Earlier, two people were killed in separate incidents of tiger attacks in the Chandrapur district of eastern Maharashtra on Wednesday, forestry officials said. Some 49 people have been killed in “human-animal conflicts” in the district since the beginning of the year, a senior forest official from Chandrapur Circle said.

The district is home to the Tadoba Andhari Tiger Reserve. Baburao Kamble, a 65-year-old farmer, was killed in Rudrapur village in Saoli tehsil while he was on his way to his farm on Wednesday morning. The tiger dragged him into the forest even when some local people raised the alarm.

Some 49 people have been killed in “human-animal conflicts” in the district since the beginning of the year, a senior forest official from Chandrapur Circle said. The district is home to the Tadoba Andhari Tiger Reserve.