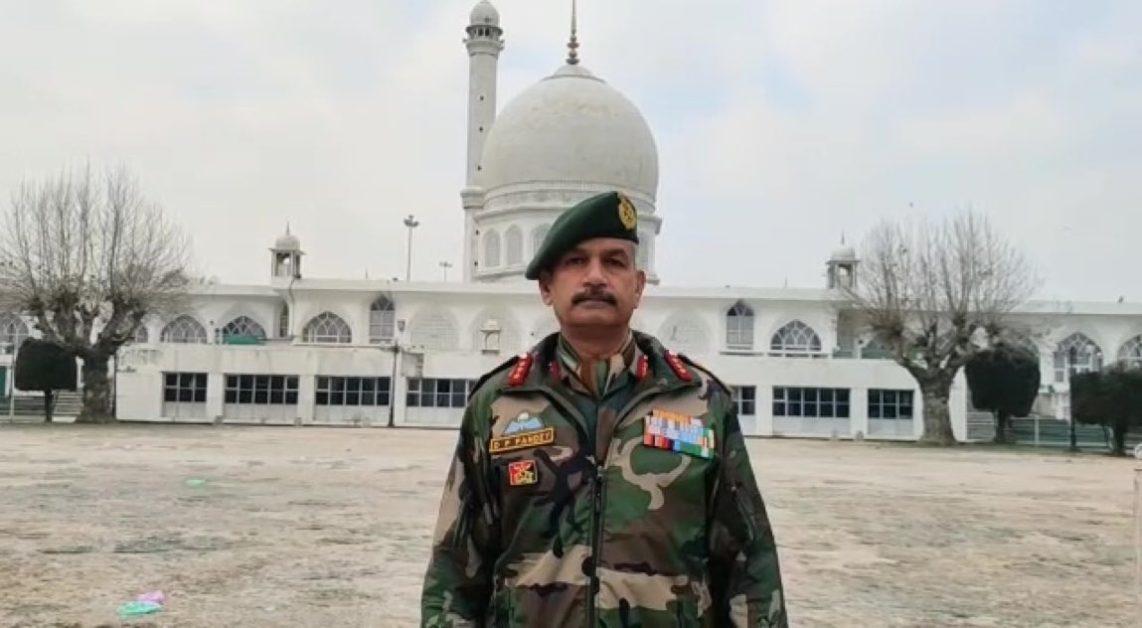 He said his message to the youth of Kashmir especially Srinagar need to change the narrative that existed for years and they should follow the narrative of peace and development so that every face smiles.

ALSO READ: S Rankireddy and Chirag Shetty, All you need to know about them

Earlier this week, D P Pandey visited Gurudwara Chattipadhshai in the Rainawari area of old Srinagar said “Message to the youth of Kashmir, especially in Srinagar is that they need to change their narrative that has existed for years now and they should follow the narrative of peace and development of the country to bring back the smile on the faces of every one”

Lt Gen Pandey said, “I hope the day will come when every face in Kashmir, including mine, will wear a good smile.”

GOC DP Pandey was accompanied by several other senior army officers. He has visited all the temples, mosques, temples, but this was his first visit to Chatti Padshahi Gurdwara, he said.

The senior army general said the Kashmiri people and the Chinar Corps are “one and the same”. “Wherever any citizen feels a problem, we are ready to extend a helping hand to him,” he said.