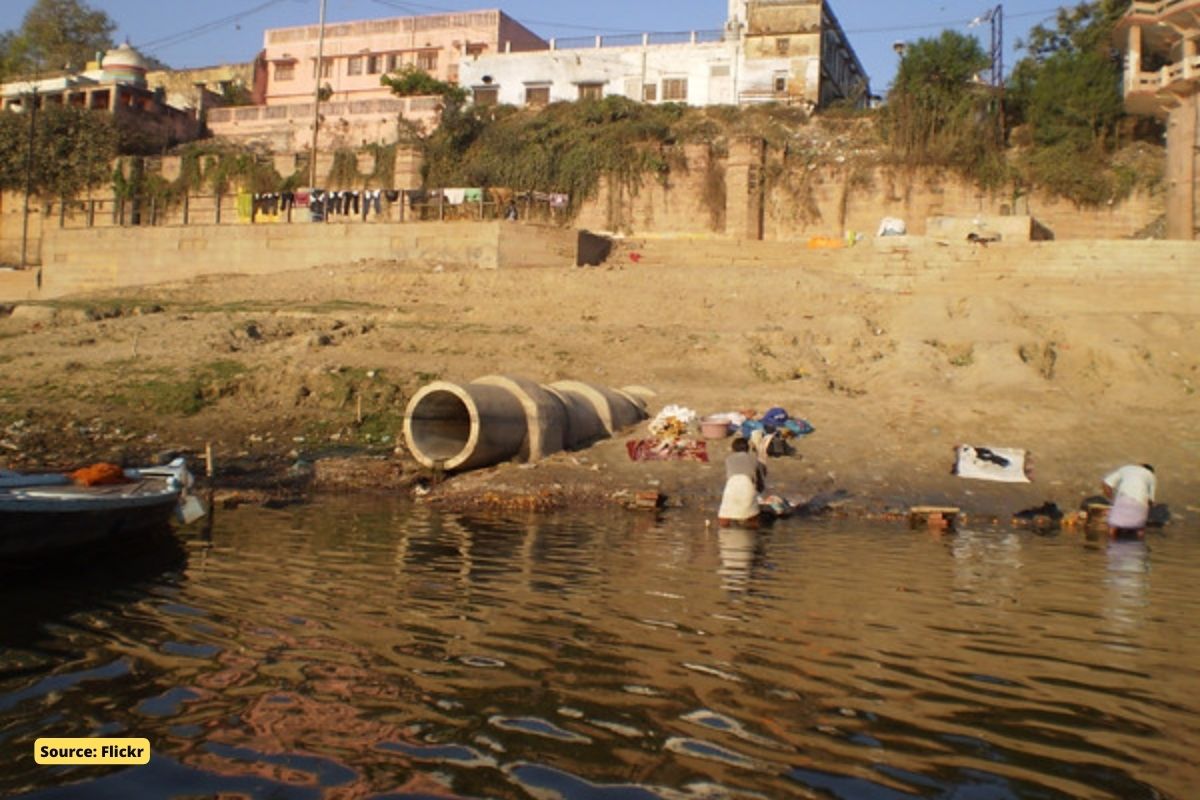 Despite being considered purifying and healing by millions of Hindus, the truth is that the waters of the Gange are so polluted that they have caused more than 50,000 cases of pancreatic cancer, among other diseases, in the population of northern India.

This is revealed by a recent Indo-Japanese study conducted among 22,000 people over the past two years: the number of gallbladder cancer patients in the valley watered by the Ganges is four times higher than in the rest of the country. This makes its basin second place with the highest percentage of incidence of this disease after Andean Chile.

Women are even more affected by this situation, and in the section that goes from Varanasi to Patna (250 kilometers towards the mouth), there are hospitals in which 13 per cent of patients suffer from pancreatic cancer. “Metals in polluted water are not the real cause of cancer, but they leave weaker organisms so low in defence that they become extremely vulnerable and get cancer,” says Professor Mohan Chandra Pant from Lucknow hospital.

About 80 per cent of the rural population in India is dependent on groundwater sources for drinking water. These include districts like Gorakhpur located in Uttar Pradesh itself, where epidemics caused by contaminated water are always in the news. The groundwater here contains elements like arsenic, fluoride and iron, due to which diseases like encephalitis, jaundice and typhoid have increased rapidly among the local people. The victims of these diseases are mostly poor people who live in minimal sanitary conditions.

Cases of arsenic contamination have been reported across North Indian states such as Punjab, Haryana, Himachal Pradesh and Uttar Pradesh, according to a 2012 study – Finger Prints of Arsenic Contaminated Water in India-A Review. Cases of groundwater arsenic contamination have also been reported in the low-Gangetic plains in West Bengal, Bangladesh and the Terai region of Nepal.

Every day, industries of all kinds dump their waste into the waters of the sacred river, whose basin is among the most polluted in the world. Lead, cadmium, chromium and mercury accumulate at the bottom of the Ganges, which, due to the number of dams built along its course, flows slowly and without sufficient force to drag these residues to its mouth.

As if this were not enough, many religious ceremonies have the river as the protagonist and this means that every year thousands of litres of paint, tons of plastic and non-biodegradable materials increase the pollution of an ecosystem that is getting sicker every day. In Allahabad, where the Ganges meets the Yamuna and Saraswati rivers, tens of millions of pilgrims congregate every few years, leaving behind mounds of waste and rubbish that inevitably end up in the river.

Species such as the emblematic river dolphin or the shushuk are in danger of extinction, and it is estimated that there are only 700 copies left of the one that was a symbol of the purity of the Ganges. The Indian government’s plan to save the ‘father of India’ in 1985 had little effect and, unless drastic measures are taken, entire sections of the river will soon be biologically dead.

On the other hand, the soil irrigated by the Ganges and its tributaries is less fertile than it was years ago and is being exploited more intensely than ever in its history. The crops, irrigated with contaminated water, grow on diseased soils, thus adding one more link to the chain of accumulation of toxic products that end up on the plates of millions of indigenous families.

According to data from the Ministry of Water Resources, groundwater has become saline in many parts of 158 out of 639 districts in the country and pollution levels have exceeded government safety standards.

The amount of glass is present in the aquifer level of South West, West and North districts along the Najafgarh drain in Delhi. Cadmium in South West district and Chromium in North West, South and East Delhi. These elements make water toxic to human health.

It is the most polluted belt in the region where both primary water systems of Delhi and Ghaziabad were polluted by tons of sewage, says Professor Soni, who worked on the Yamuna floodplain project to study the effects of pollution in and around Uttar Pradesh.

He says that due to indiscriminate exploitation of flood plain water, excessive construction work and sand mining, water polluted from Yamuna and Hindon reaches the aquifer level of the plain area. The solution is to ban construction activities and keep water sources off the ground. The best way to get a consistent clean water supply, says Soni, is not to exploit groundwater reserves.

Prime Minister Narendra Modi has recently started the Swachh Bharat Abhiyan on a large scale and loudly for cleanliness across the country. But until every Indian does not get clean drinking water, this campaign cannot be completed.

The water problems in India

Water pollution is a problem in most of India. Excessive arsenic, fluorides and heavy metals contaminate groundwater in a country that relies on this source for 80 per cent of its domestic water supply, according to the World Bank.

And climate change is making things worse. Irregular weather patterns and droughts mean that groundwater used for agriculture and domestic use is not always replenished. At the same time, rising sea levels are causing salt water to contaminate freshwater lakes and rivers, making them undrinkable.

Some 1,700 kilometres from Bhalswa, the people of Mangamaripeta, on the Bay of Bengal, witness the Indian Ocean rising around them and seeping into their groundwater.

“The groundwater near the beach is all salt water,” says Garikina Ratna, one of the villagers. “For about 10 days a month, we face water problems. So we have to make do with stored water,” she laments.

Like the garbage collectors of Bhalswa, many rely on bottled water for drinking and cooking. This costs up to 30 rupees a day, which is more than some families can afford, forcing them to drink municipal water that they say is contaminated.

People in India do not trust the water that comes out of their taps. The bottled water market grew 184 percent between 2012 and 2017, according to calculations by market research firm Euromonitor.

The Indian government has promised to guarantee clean water to every family in the country by 2022. But many doubt that it can keep its promise. Meanwhile, startups and social enterprises, some funded by the state, are offering cheaper alternatives to bottled water.