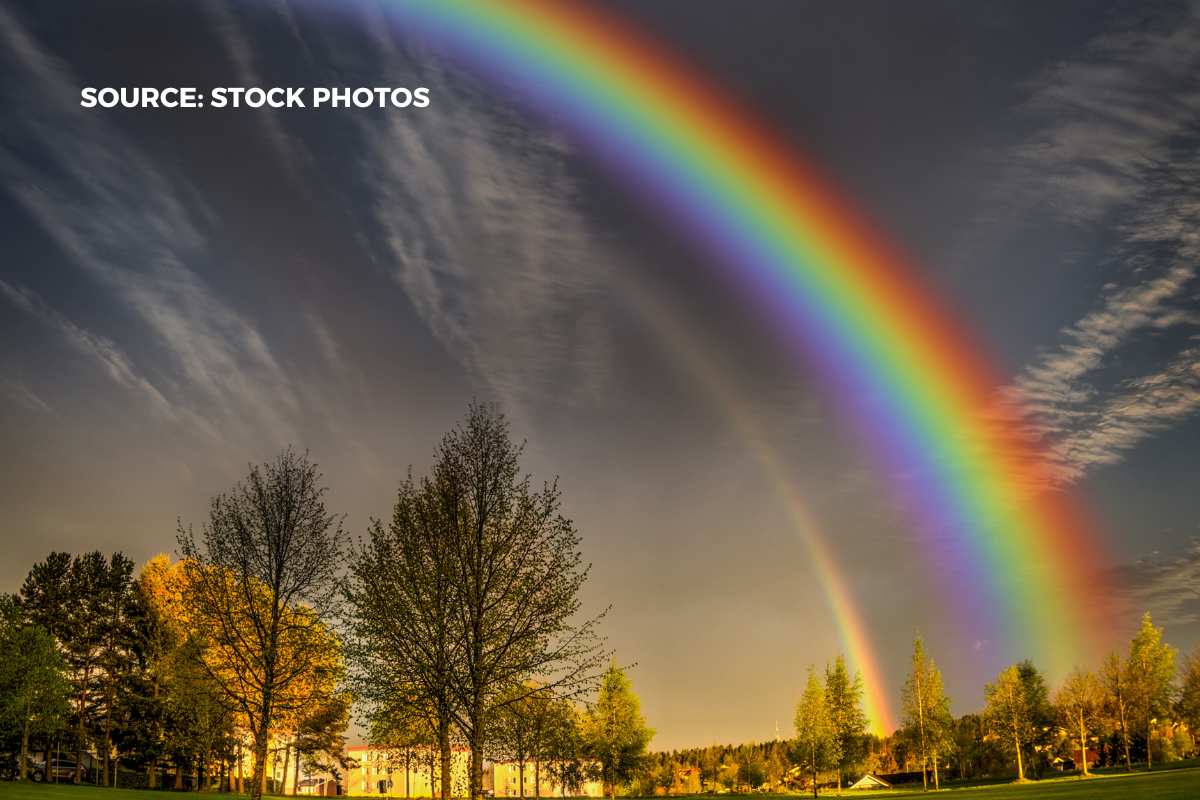 As explained by National Geographic, a rainbow is a multi-colored arc made by light-striking water droplets. Rainbows can be viewed after rain, around the fog, sea spray, or waterfalls. A rainbow is an optical illusion and is not actually present in the sky. It is the result of refraction and reflection of light.

Every one of us will remember during childhood how excited we were to witness a rainbow after rain showers and how captivating it was. But a recent study has revealed that some regions of the world might witness more rainbows as a result of climate change.

The link between Rainbows and Climate Change

According to a study done by researchers at the University of Hawai’i at Mānoa, by 2100 the average human will have more opportunities to see rainbows than in the year 2000. More overall and liquid precipitation resulting from anthropogenic climate change will bring more rainbows in the northern latitudes. It is anticipated that rising greenhouse gas emissions will change the cloud cover and precipitation, resulting in a net increase in the mean global annual rainbow days, the study says.

7,094 photographs of atmospheric rainbows were collected between 2004 to 2013. Except for Antarctica, the images are taken everywhere around the world. It was calculated how likely it is right now for rainbows to appear in different parts of the world. Then, in order to predict future rainbow rates, it was compared to expected changes in rainfall, cloud cover, and other variables.

Around 21-34% of land areas will lose rainbow days. And, these regions are expected to have lower precipitation, projected to have more dry days and lower cloud cover by 2100. These regions include the Mediterranean, Brazil, northeast South America, southern Australia, and parts of Central and Southern Africa. And, around 66-79% will gain rainbow days and are mostly situated at higher latitudes.

These regions are expected to have higher overall precipitation and change in the phase of precipitation from snow and rain. Rainbow gain regions include northern North America, Eurasia, the Korean Peninsula, Japan, the Tibetan Plateau, and eastern Borneo. In addition, the mean days of rainbows are expected to increase globally by 4.0-4.9% in a year by 2100.

These kinds of studies reveal that climate change will bring changes that will be so minute that people might not even notice. The study suggested that there is an urgent need to better understand the magnitude, location, and timing of these changes. Furthermore, about the weather and how such changes will alter human well-being.