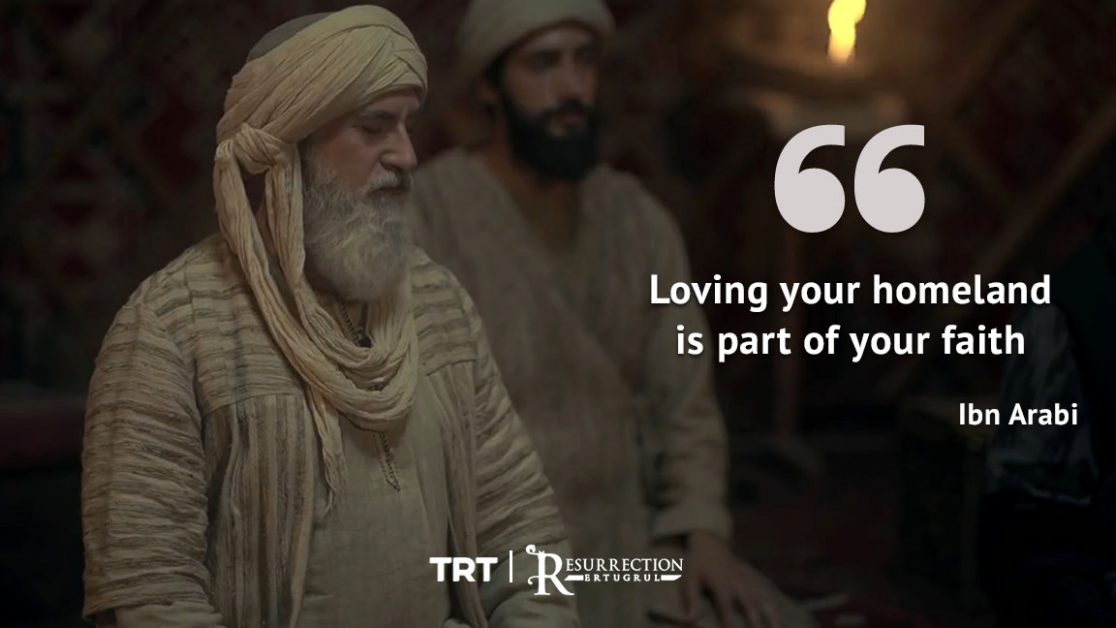 “This world is a place of preparation where one is given many lessons and passes many tests. What is bad is what you do with the world when you become blind to truth and totally consumed by your desires, lust, and ambition for it.”

Nowadays there is a new debate among the viewers on the web series ertugrul. Although the series is not new but it is good in discussion at this time. Many people of this series, which came in 2014, are also competing with Game of Thrones.

The series is also now available for viewing on netflix. And one character in this series is Ibne Arabi. Its fakery style and dialogue have become famous.

Ibn Arabi was an Arab Andalusian Muslim scholar, mystic, poet, and philosopher, whose works have grown to be very influential beyond the Muslim world. Of the over 800 works which are attributed to him, 100 survive in the original manuscript. His cosmological teachings became the dominant worldview in many parts of the Islamic world.

So here are the 35 most important dialogues of Ibn Arabi –

4. Such knowledge can only be had by actual experience, nor can the reason of man define it, or arrive at any cognizance of it by deduction, just as one cannot, without experience, know the taste of honey, the bitterness of patience, the bliss of union, love, passion, or desire. Ibn Arabi