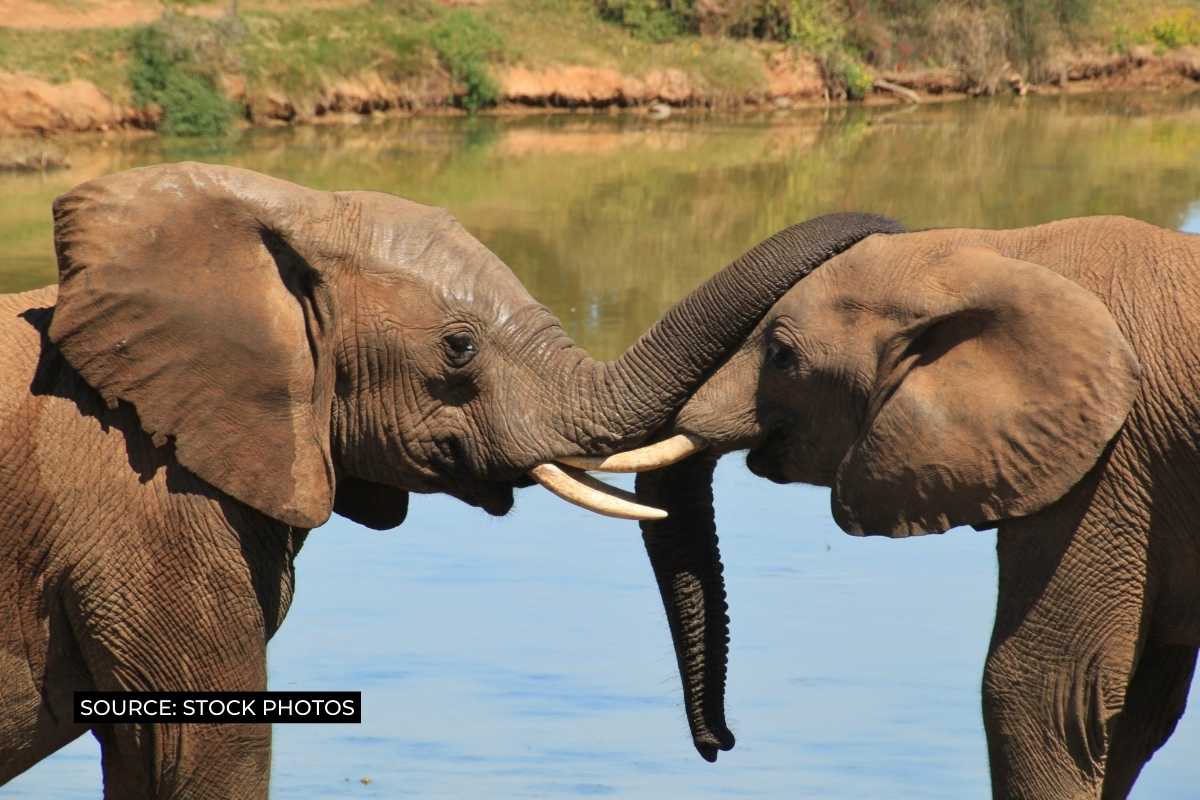 According to WWF, African elephants are the largest animals walking the Earth. Their herds wander through 37 countries in Africa. National Geographic states that they are slightly larger than their Asian cousins and can be identified by their larger ears. Scientists have determined that there are actually two species of African elephants- Savanna and Forest elephants.

The International Union for the Conservation of Nature (IUCN) lists savanna elephants as endangered, whereas forest elephants as critically endangered.

A study published by the International Monetary Fund (IMF), calls Forest elephants as environmental engineers. Wherever forest elephants roam they promote the growth of large taller trees. Due to their size and voracious appetites, elephants significantly reduce the amount of vegetation wherever they travel. As a result, the trees that are left behind have better access to water and light, which causes them to grow taller and larger than other rainforest trees.

These trees are called late succession trees and store more carbon in their biomass than the trees that would have grown in their place. Forest elephants thus increase the amount of carbon stored by the rainforest by tilting the biological balance in favor of certain types of trees. The same study states that if the population of African forest elephants returned to its former side and they recovered their former range, it would increase carbon capture by 13 metric tons.

Another study published in the Proceedings of the National Academy of Sciences (PNAS) supports the above claims and states that elephants increase carbon stocks by promoting high wood-density trees by preferentially eating the more appetizing and digestible leaves of low wood-density species.

High-density trees have a higher ability to store carbon. Elephants also help in dispersing seeds of trees that are relatively large and have the highest average wood density among tree builds based on dispersal mode.

The study also highlights the fact that the loss of forest elephants could cause an increase in the number of fast-growing low-wood density trees which would lead to a decline of 6-9% in carbon stocks.

According to IUCN, the number of African forest elephants has fallen more than 86% over a period of 31 years. The species have suffered a decline since 2008 owing to an increase in poaching. In recent years the number of forest elephants has stabilized in well-managed conservation areas with the help of anti-poaching measures with supportive legislation and land use planning to avoid human-elephant conflicts. Researchers believe that these types of studies will help demonstrate the significance of these species and help in their conservation.