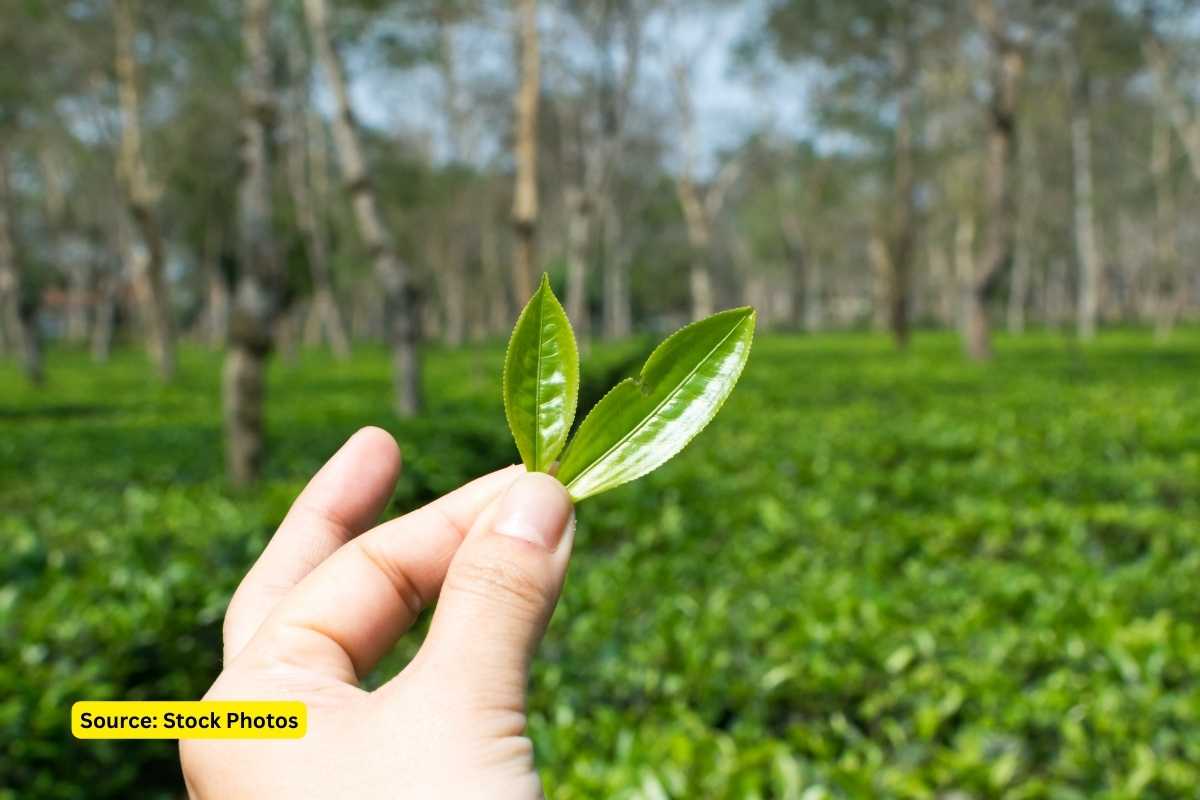 Ecological benefits of tea plantations: India is the second largest producer of tea producing around 900,000 tonnes of tea per year. Tea is grown in bulk across Darjeeling, Nilgiri, and Assam. Assam is the biggest tea producer in India with over 3000 sq km of land under tea cultivation.

The study has found that tea bushes have the potential to sequester 50% of their assimilated atmospheric CO2 in their biomass. Shade trees are a very significant part of tea plantations. They are generally used to manage temperature and enrich the soil. In addition, their contribution to the total sequestration of atmospheric CO2 depends on the nature of the tree. In the same study, it was estimated that shade trees can contribute 38% of total CO2 sequestration potential.

Tea bushes were found to sequester 5134.4 kg CO2 per hectare per year. Furthermore, have also shown the potential to mitigate the greenhouse effect by up to 3.47 kg CO2 per hectare per year. The average size of a tea plantation is around 200 hectares. Therefore, calculating the numbers, on average a single tea plantation can sequester around 1,026,800 kg of CO2 in a year.

This means tea bushes are offsetting enough carbon to replace 1,129,674 pounds of coal burned. Furthermore, 199 homes electricity use for a year and 220 gasoline-powered passenger vehicles were driven for a year.

It has also been found that mixed-shade tea plantations and native tree species were found to have high species richness and were home to various species of birds.

Read more: Can tea support biodiversity with a few “nudges” in management: Evidence from tea growing landscapes around the world

The Wildlife Trust of India documented one of Nilgiri’s tea plantations, the study found that a tea plantation offers habitat to animals such as elephants, tigers, and leopards.

Eventually, the study documented 38 mammals, 25 reptiles, 16 amphibians, and 320 plant species with 50 rare medicinal plants in the tea plantation in Nilgiri.

Taking into account the findings of these studies, it can be concluded that tea plantations have the huge potential to help absorb huge amounts of atmospheric CO2. In addition, also support a diverse range of lives.