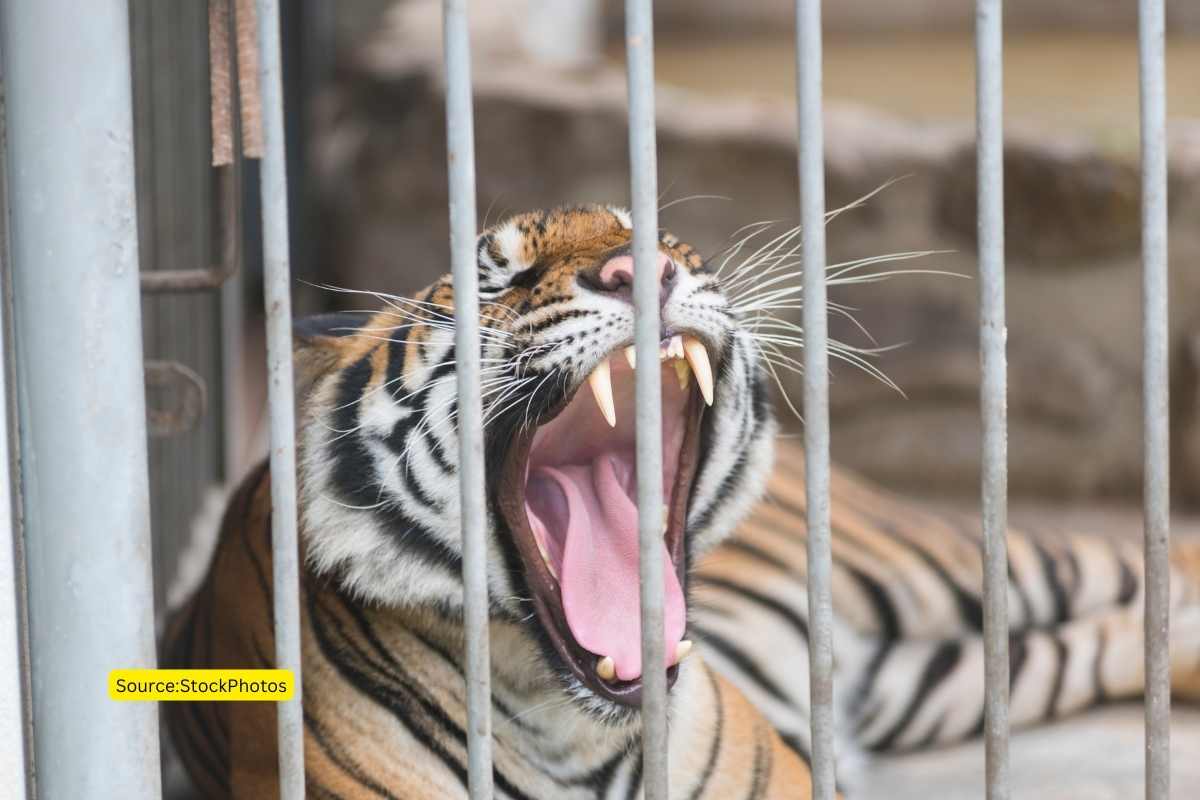 We have often visited zoos for recreational purposes. There are videos where humans engage with cages/confined wild animals. But, why do zoos exist in the first place? And, do they really help protect wildlife? Let us explore.

Zoos or Zoological Parks started as private collections of the wealthy referred to as menageries as early as 2500 BCE. Archaeological evidence in the form of wall carvings from Egypt and Mesopotamia is testimony to it.

Read more: Rationale for the Existence of Zoos – PMC

Later, modern zoos became popular during the Age of Enlightenment of the 18th century, taking zoology into its ambit. Scientific research and studies took off as there was a growing curiosity about animal anatomy and behavior. With time, the display of animals in small cages for public display turned into providing them with the most accurate resemblance of their natural habitat to help them grow.

Zoos provided an opportunity to observe and study animals in a simulation of their natural habitat. In the early years, zoos mostly served the purpose of entertainment. But with time, they have become centers of education, scientific research, and exploration.

Monitored Breeding – Zoos have become a very safe place to conserve wild species, especially those endangered. They help in protecting them from going extinct by breeding them under their watch ensuring proper care. Such a species may or may not survive in the wild at first. They are bred under surveillance and later released into the wild when their survival chances are much higher. This is a huge step in conserving species that are at the verge of extinction.

Like several other species, the Amur Leopard is on the verge of extinction with only 84 left in the wild worldwide, due to its extreme vulnerability to poachers. It has been saved from disappearing from the planet by an incredibly successful breeding program started in the 1960s in zoos worldwide, with a population of about 200 Amur leopards that lives in zoos.

Insurance Populations – Zoos are also known to keep ‘insurance populations’ for species that may not survive in the wild for long and might need a reintroduction into the wild. Such reintroductions can be seen for animals like the Golden Lion Tamarin, the Californian Condor, and the Scimitar-horned Oryx.

Read more: 8 Reasons that Zoos are Critically Important for Conservation

Conservation breeding and reintroduction programs since 1993 have helped us save them.

Engagement of people in conservation efforts is often proven to be a difficult task. But experiencing wildlife so close to them, through institutions like zoological parks, helps raise funds as well as awareness regarding conservation measures.

People may argue that zoos are not good for the environment citing reasons like disturbing the natural food chain or hosting large primates in captivity. At the same time, they need to realize that at times what is at stake is the very existence of a particular species. Hence, it is better to see them in captivity with prospects of being reintroduced into the wild, than to not see them around at all.