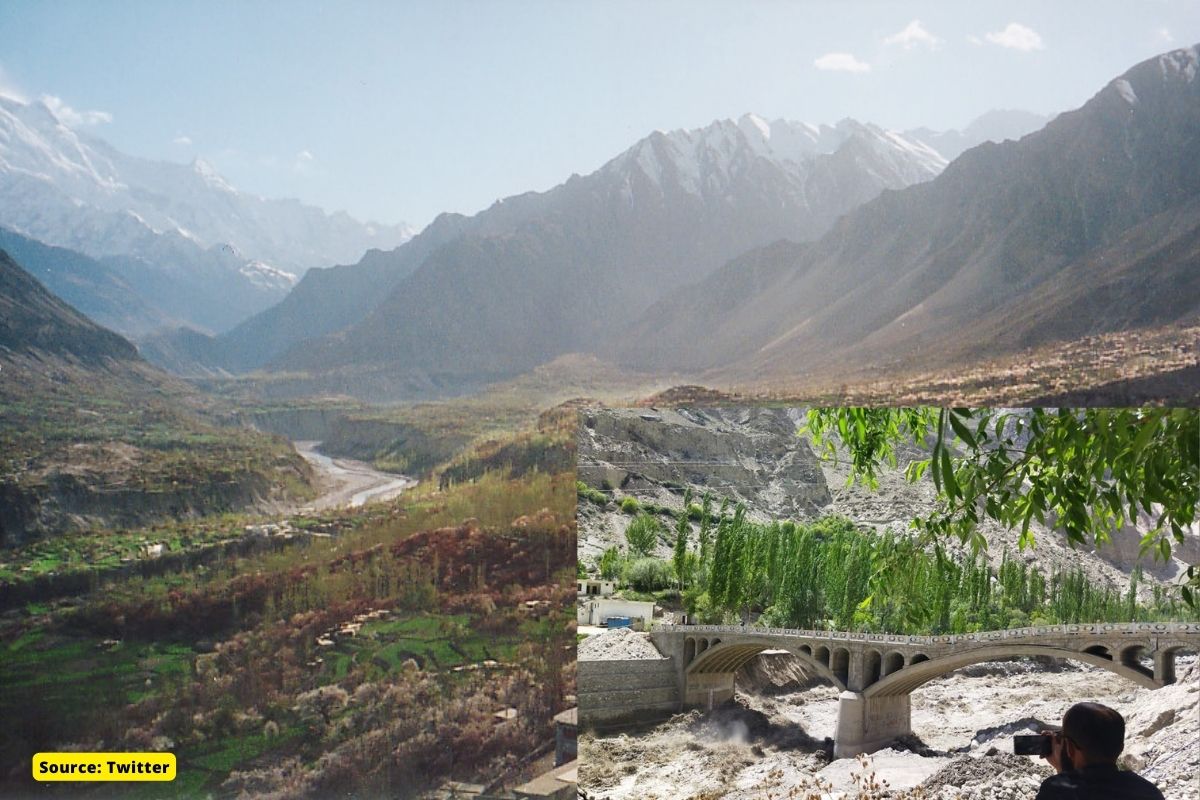 According to a study by the NGO Germanwatch, Pakistan is highly vulnerable to climate change, ranking eighth among the countries most threatened by extreme weather events.

A record heat wave, which experts blame on climate change, is currently hitting Pakistan, where temperatures could reach 50C in some places this week, according to forecasts.

On Saturday, a bridge collapsed in the town of Hassanabad in the Gilgit Baltistan region after a glacial lake emptied due to rising temperatures, Sherry Rehman, Pakistan’s federal minister for climate change said.

Rehman warned that glaciers to the north, in the Himalayas and the Hindu Kush, “are melting rapidly.” More than 3,000 glacial lakes have formed in northern Pakistan, of which 33 are at high risk of bursting, she said.

Also Read:  India may lose 15% GDP in next 28 years due to climate change

A video shows the Hassanabad Bridge on the Karakoram Highway (KKH), the mountain road linking northern Pakistan with western China, sinking under the force of the current. Pakistan has more than 7,000 glaciers in its territory, more than any other country in the world outside the polar lands.

According to experts, the Shesper Glacier extends up to 1300 meters and its height is 600 feet. Shashpar started sliding in May 2018 and has so far covered 1800 meters and could pose a threat to human life and property in the coming days.

Gilgit-Baltistan Meteorological Department Director Zubair Ahmed Siddiqui said that due to global warming and climate change, hundreds of glaciers in the region are under threat, out of which 36 glaciers are at high risk. Glaciers are affected by global warming and the use of wood for fuel, the smoke of which spreads pollution and greatly affects glaciers.

The impact of tourism and the effects on global climate change were felt in the villages of Upper Hunza, when an avalanche blocked the Hunza River on January 4, 2010. Five months later, the river’s dammed-up water overflowed and completely swept away with it the town of Attabad, which was submerged, and five other nearby towns wholly or partially submerged.