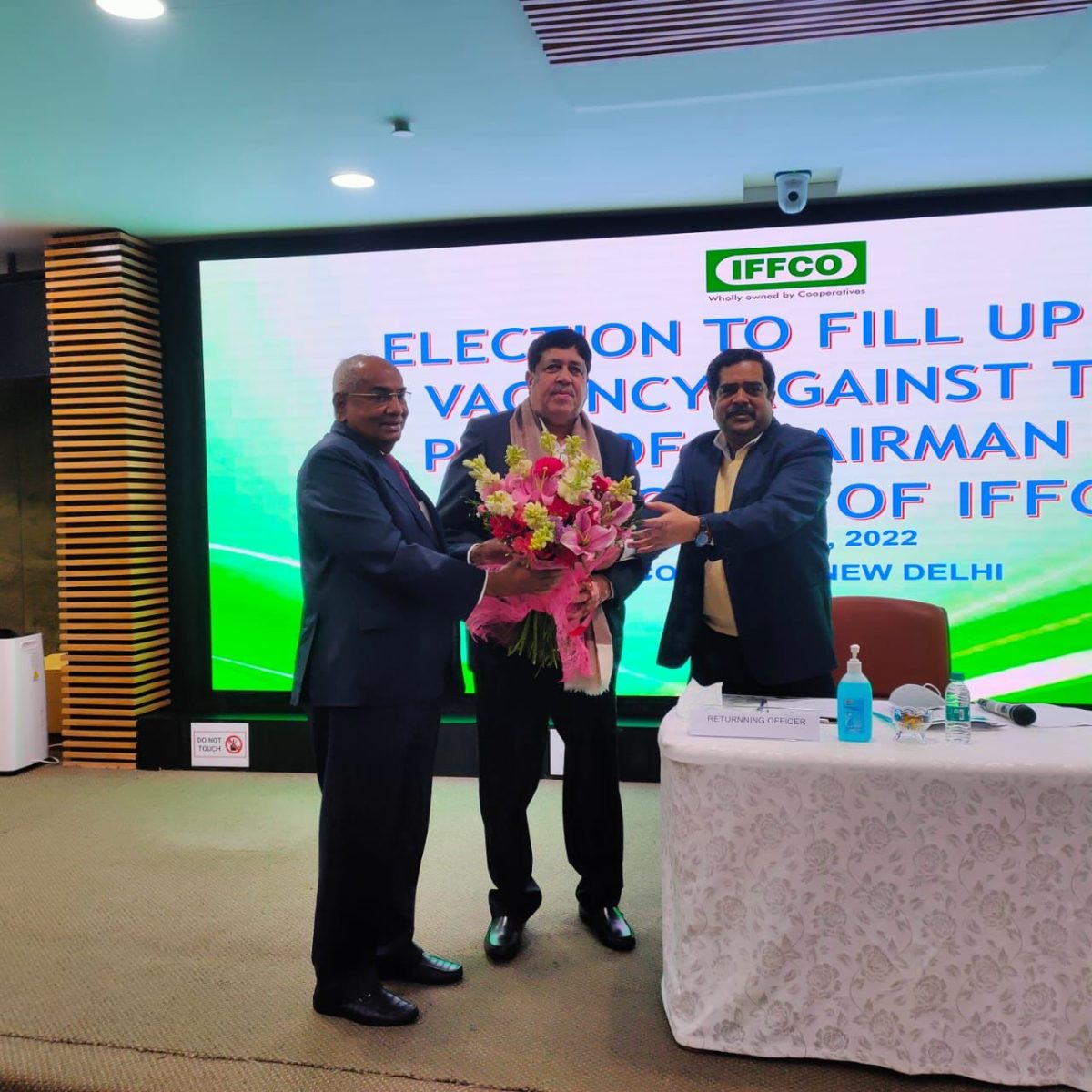 These elections were held due to the demise of incumbent Chairman Balvinder Singh Nakai earlier on 11th October 2021. The elected Board of Directors of IFFCO today unanimously elected Shri Dileep Sanghani as the 17th Chairman of IFFCO. He was earlier serving as Vice Chairman, IFFCO.

Sanghani on his election said that IFFCO is committed to farmers and cooperatives and will continue to work for the farmers on the lines of the Prime Minister’s vision of “Sahkar se Samridhi”.

Dr. Awasthi, MD, IFFCO said that at IFFCO; We continue to perform in sync with the vision of our Honourable Prime Minister of Atmanirbhar Krishi and Atmanirbhar Bharat to fulfil the dream of doubling farmers’ income.

Dileep Bhai Sanghani is a Senior co-operator from Gujarat and he is also the chairman of Gujarat State Cooperative Marketing Federation Ltd. (GUJCOMASOL), a post he has held since 2017. He is a former minister of Agriculture, Co-operation Animal Husbandry, Fisheries, Cow-Breeding, Prison, Excise Law & Justice, Legislative & Parliamentary Affairs in the cabinet of the Gujrat Government.

IFFCO has always been working for the welfare of Indian farmers since its inception. IFFCO has only been able to achieve this stature due to the trust they had built after decades of service, from Green Revolution in the 70s, rural mobile telephony in the 2000s to bringing contemporary technology and services to the palm of Indian farmers through its digital initiatives.

IFFCO has been the first fertilizer manufacturer in the world to successfully introduce nanotechnology-based fertilizer IFFCO Nano Urea Liquid. IFFCO’s leadership plays an important role in supporting pioneering steps and measures which has boosted innovation.