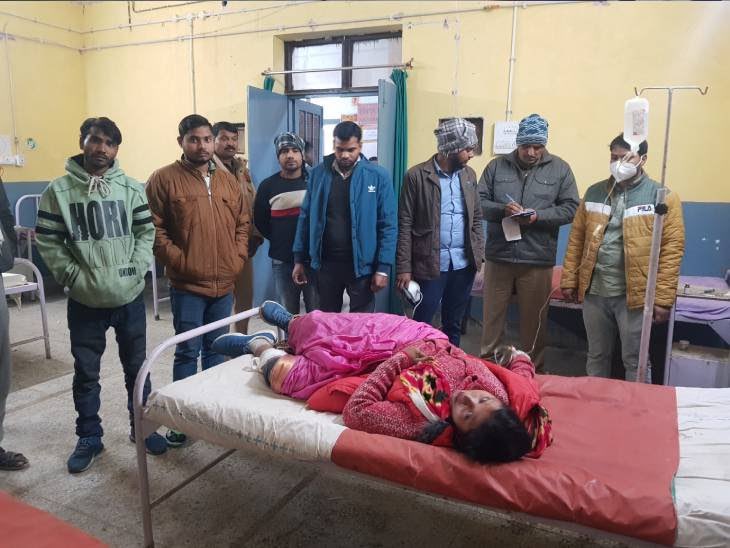 On Monday evening, miscreants shot Congress leader Rita Yadav near Diara overbridge of Lucknow-Varanasi fourlane under construction in Sultanpur. After committing the crime, the bike-borne miscreants fled waving their weapons. The woman leader, who was injured after being shot in the right leg, has been referred from the CHC to the district hospital.

Who is Reeta Yadav?

Rita Yadav was earlier in the Samajwadi Party. She was feeling neglected in SP, so dhe had joined Congress recently. Rita Yadav was in limelight recently as she showed black flags to PM Modi who came to inaugurate Purvanchal Expressway.

Rita Yadav raised slogans of Yogi Murdabad after reaching very close to PM Modi’s stage. Rita was successful in showing the black flag by breaking the security cordon of the Prime Minister in which even bird could not enter.

She had joined the membership only in the presence of Priyanka Gandhi. She is also a contender for Congress ticket from Lambhua assembly.

At around 6.30 pm, she was going home in a Bolero. When their vehicle reached near the overbridge, three people riding a Pulsar bike pointed a gun at her. The driver stopped the Bolero. By then the bike rider sitting behind threw fire on Rita Yadav and fled. The driver somehow brought Rita to the local CHC. From there the matter was informed to the police.

Police has gathered in the investigation of the deadly attack on the Congress leader. The incident took place when she was returning from a meeting at the party office.