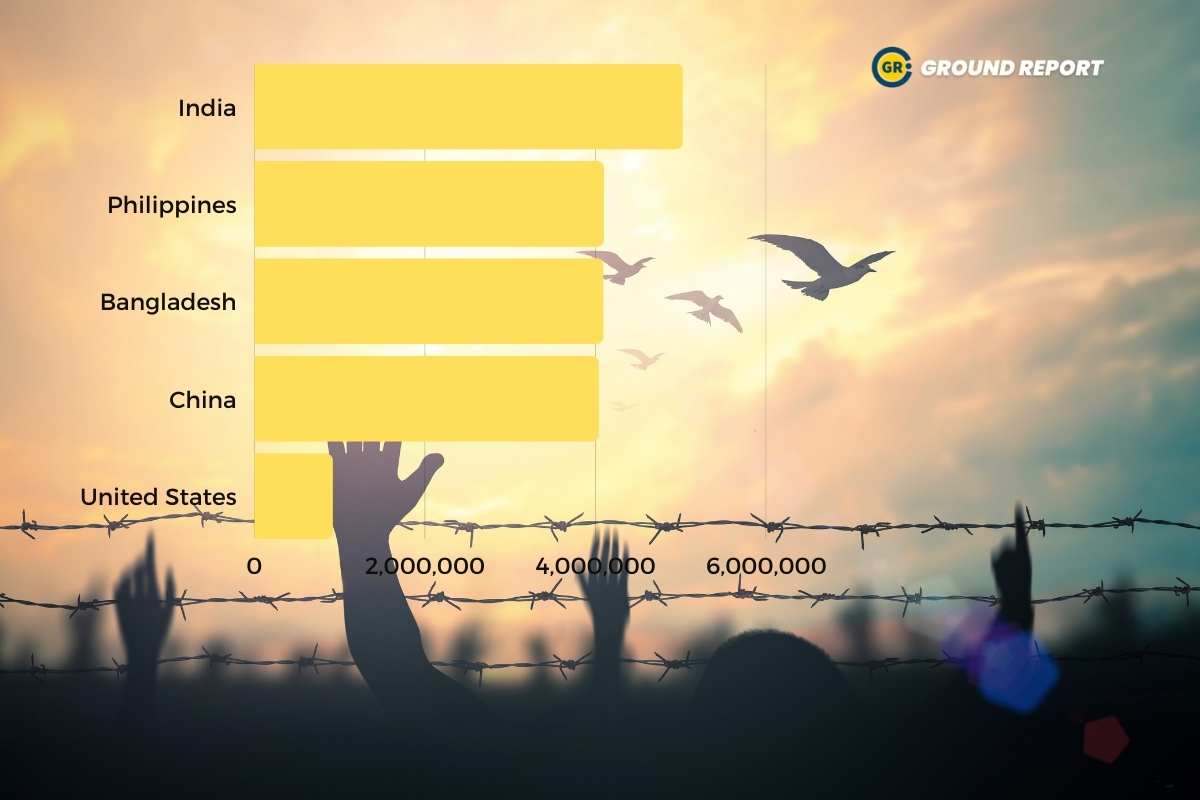 Climate change has become a very new and fast-gearing reason behind waves of migration of people from different countries. Sometimes even in the same country.

According to the Groundswell Report by the World Bank, it has been estimated that as many as 216 million people would be forced to move within their countries by 2050. Migration is happening because of problems arising from climate change. It also estimates that hotspots for climate-induced migration might emerge as early as 2030 if they are not obvious already.

Read more: Climate Change Could Force 216 Million People to Migrate Within Their Own Countries by 2050

The 1951 Refugee Convention defines the term “refugee” and outlines their rights. But, it does not accord refugee status to climate migrants as they do not fit into the definition of ‘persecution’ in their respective countries.

Recently, the government of Indonesia made a decision to shift its capital city from Jakarta as a result of rising sea levels. Jakarta is located on the island of Java to Nusantara, in the East Kalimantan Province of Borneo Island. This is just one instance of such a relocation triggered due to climate change. Furthermore, setting up a chain reaction that will lead millions to migrate.

Millions of people are and will have migrated from their native land due to climate change. And, the reasons would include food scarcity, increasing floods, droughts, rising sea levels, and soaring temperatures. A lack of policy and identification of the target group can rather aggravate the lives after migration. If there is no identification, tackling their need-specific problems will be much more difficult at the police level.

The Groundswell Report points out that the biggest toll of climate change would be on the vulnerable. That vulnerability scale was much debated, and defined in various conferences, like COP27, COP15, etc. But, the fact of the matter is that the poorest of the poor have contributed very little to the cause of the problem.

EFFORTS IN THE DIRECTION

UNHRC published legal guidelines for offering protection to people displaced by global warming in October 2020. They said that climate change-induced migration should be considered when it intersects with violence. But no efforts have been made in amending the 1951 Refugee Convention. The amendment would be the first concrete step towards acknowledging this huge section of migrants. And, these. numbers will only grow in number in the coming decades.

Surrounded by island nations that face the looming threat of submergence due to continuously rising sea levels in the Pacific, New Zealand is the first-ever country working towards designing the first climate change refugee program.

Argentina has also created a special humanitarian visa for people from Central America, Mexico, and the Caribbean who are displaced because of the increasing frequency of natural disasters.

Apart from recognizing the issue of climate migrants on the global platform, developed nations can go a long way in solving the issue faced by them.

The primary effort they can make is in the direction of reduction in their carbon emissions and meeting their targets as specified in the Paris Agreement. Economical and technical assistance should be provided to developing nations so that they can help cope with the aftermath of a warming planet and climate migrants. Helping economically poor countries adapt can prove to be a very cost-effective way of dealing with the issue. But, there is still no denying the fact that these are all short-term solutions that can be tackled easily with a reduction in global GHG emissions, where developed countries of the global north need to take up responsibility.