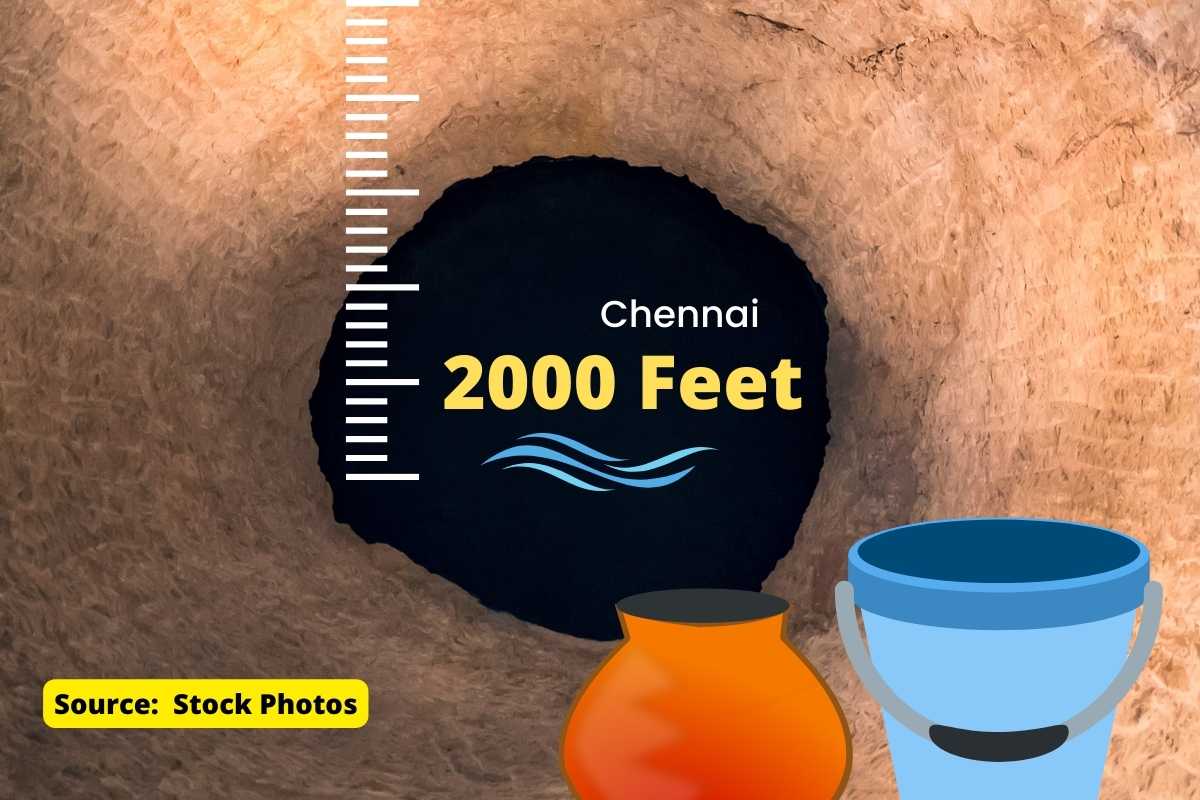 Governments in the country show dreams to the people in the name of smart city, but in reality, apart from installing lamps on the roads and installing Wi-Fi on some poles, they are unable to do anything smart. In many cities of India, there is no satisfactory system of even drinking water and sanitation. Even today, big cities of the country depend on ground water for drinking water. People extract ground water by installing borewells in large quantities, due to which the groundwater level is continuously going down. Shocking figures have come out in Chennai. Here the level of ground water has gone down to 2000 feet and in many places it is also 2100 feet. According to the report of NITI Aayog, soon the groundwater in Chennai will be completely exhausted.

Chennai is the metro city of the country, due to the increase in population in the last few decades, a large part of city have been converted into concrete. In order to make the whole city smart and modern, the roads and land were covered with concrete. When it rains, the water does not get into the ground. No arrangement were made to store rain water. Due to which the ground water never gets recharged here. As a result, the groundwater went down even below 2000 feet, which is the highest in the country.

Groundwater Chennai: What can be done?

The local government of Chennai is trying to solve the problem of drinking water, but it does not have the option to meet the water requirement of daily use. When the problem escalated, people were appealed to collect rain water in the basements of their homes. If the government here had made necessary measures like rainwater harvesting in all the houses in time and worked on small ponds, then the problem would not have been so dire. This work can still be done.

Seeing the situation in Chennai, arrangements should be made in other cities as well. Otherwise, in the coming time, man will thirst for each drop of water. And in the name of smart city, the government will continue to show you shiny roads and lamps.