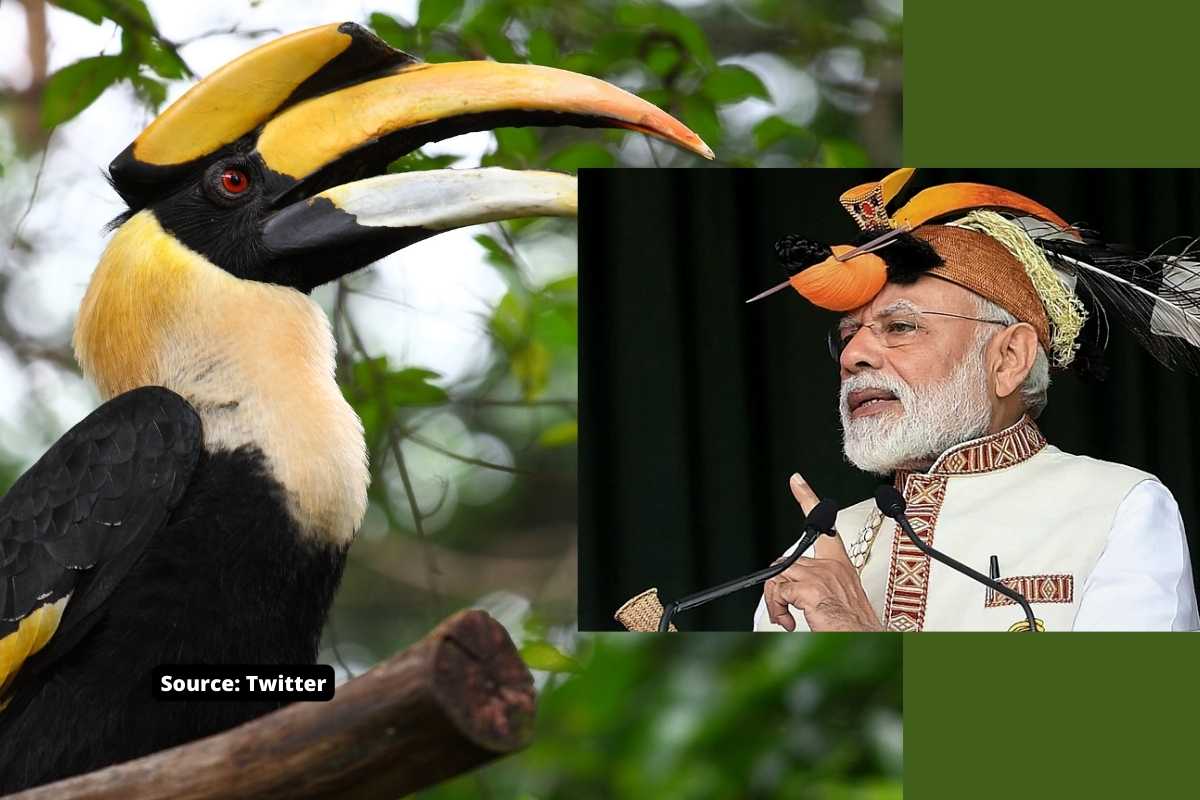 A video from Nagaland’s Wokha district is going viral on social media, in which some people are seen brutally thrashing the Endangered Great Indian Hornbill. First, these people torture this beautiful bird, by beating it badly with a stick, then strangling it to death with feet. Whoever saw this video on social media turned red with anger and started demanding the arrest of the people who killed this bird.

Everyone is shocked to see this painful video on social media. Let us know some important facts about the Great Indian Hornbill bird and understand why the people of Nagaland are hunting this bird.

All you need to know about The Great Indian Hornbill

The great hornbill is a large bird Size 100 to 120 cm. Males are larger than females. The body is mostly black with a white neck, wing coverts, and flight feathers. They mostly eat figs but the species also take eggs, amphibians, reptiles, insects, mammals, and small birds. Their Life Span is of 35 or more years.

The great hornbill can be found in China, India, Nepal, Bhutan, Bangladesh Myanmar, Thailand, Laos, Vietnam, Cambodia, Malaysia, and Indonesia. The large majority of the population is found in India mostly in Northeastern states and Kerala. Hornbill is the state bird of Kerala.

Why do People hunt The Great Indian Hornbill?

Population numbers for The great Hornbill is rapidly declining because of deforestation. Also Due to their large size, these birds are hunted for food, trade, and for their beautiful casques which cost $90 on the market, Single tail feather is $15 in Northeast India.

The Nyishi community traditionally wore the magnificent hornbill beaks as part of their traditional headgear, But these people are now trying to protect this endangered bird. This bird is protected through the 1972 Wildlife Protection Act. They are being hunted for their beaks, which are used to make the traditional headgear of the Nyishi tribe men. Same as PM Modi is wearing on his head, in the picture below.

Nowdays replicas of these headgears are on the market and are made of glass and are more lasting than the original. Many self-help groups are promoting this in tribes.

Hornbills are also hunted for their oil—believed to relieve pain — and for their meat.