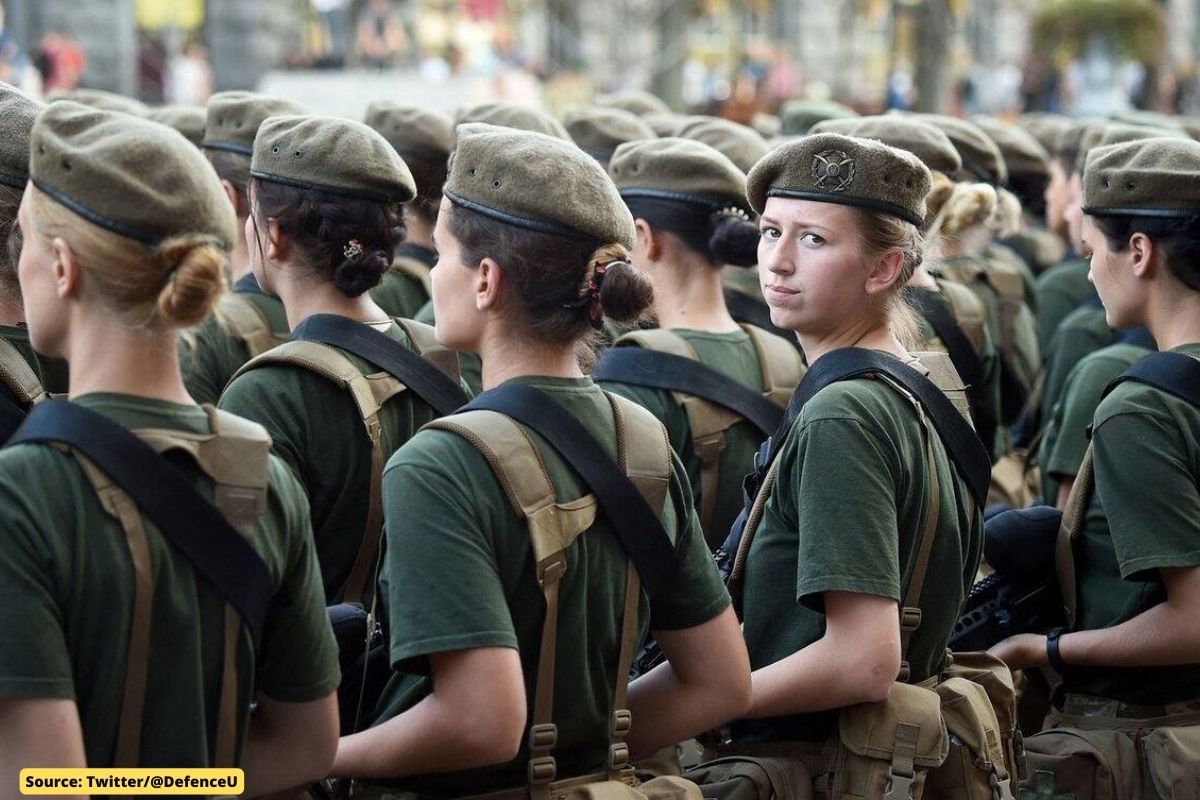 Some 37,000 women serve in the Ukrainian Armed Forces, and more than 1,000 of them have already become commanders.
Ukraine’s First Lady Olena Zelenska said this in a video address at the international conference “Women in Conflict” in Brussels, Ukrinform reports.

“Most of our doctors are women. About 50% of our businessmen are women and they work to support the economy. There are 37,000 women in the Armed Forces of Ukraine. More than a thousand women have already become commanders,” she said.

“Ukrainian women are quickly learning the military profession. When we talk about the Ukrainian Armed Forces, there are 37,000 women and more than a thousand have become unit commanders,” said Zelenska, during her speech at the second edition of the ‘Women in Conflict’ event that was held today in Brussels.

The wife of the Ukrainian president, Volodymyr Zelensky, who participated in a video conference, stressed that Ukrainian women are joining the Army “on a voluntary basis and are fighting with all their dignity and are fighting on an equal footing.”

She also recalled the “more than seven million Ukrainians, mainly women, who have had to leave Ukraine and take their children abroad.”

“There is such a popular question: what is your superpower? So each of our women can answer: my superpower is that I am Ukrainian! And this is not an exaggeration. Our women are superheroes who are getting closer to victory every day” she said.

In this sense, she showed her “gratitude” to all the countries of the European Union that have welcomed the refugees and mainly to Poland for having “received half of them”. And she also paid tribute to victims of the war, women that “everyone knows in Ukraine” for having become a “symbol”, such as Oksana Balandina, a nurse who “although the war began, continued to care for her patients in the hospital, until he lost his legs in an explosion.

The Ukrainian Prosecutor General, Iryna Venediktova, also participated in the event, who assured, in a telematic intervention, that since the beginning of the large-scale invasion on February 24, the institution has documented the death of 5,200 civilians, including 263 kids.

“This is not the full picture, it does not include deaths in the temporarily occupied territory (by Russia) where we do not have access,” she said.