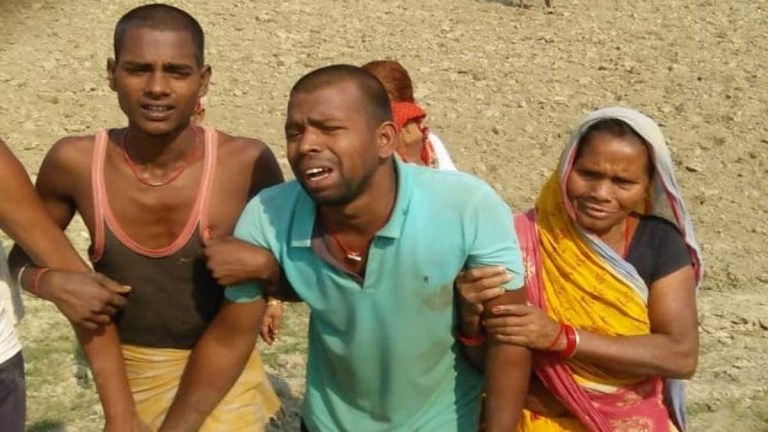 Bhagalpur Boat Accident: Five people have died after a boat capsized in Bhagalpur, Bihar, while many are said to be missing. There were 100 people aboard this boat and the accident (Bhagalpur Boat Accident) took place in Karri Tirtanga Diara of Naugachia. The accident took place in the Ganges river in the Navagachiya area of ​​Bhagalpur on Thursday morning. According to the information received, 30 people have been saved so far. The search for the remaining others is going on.

Workers and farmers were going by boat across the river Ganga to sow corn. There were 50 people in the boat. During this time the boat overturned. Soon after the boat capsized, the locals started saving lives of the drowning people. The divers took out about 30 people safely.

Besides the police of Gopalpur police station, the administrative officials of the district have also reached the spot. The NDRF team has also reached the spot. NDRF personnel are doing rescue work with the help of local people. Currently 20 people are missing. Those evacuated from the river have been admitted to Gopalganj Community Health Center as a precautionary measure.

Due to the accident, there is an atmosphere of chaos in the village. Villagers said that other people aboard the boat could not be traced. The SDRF team is constantly trying to find the missing people. The drowners are being searched on a war footing. The help of local divers is also being taken in this.

More than thirty people were evacuated after the boat accident. The corpse of a woman was taken out. Those removed from the water have been admitted for treatment at the Community Health Center Gopalpur.

Several police officers including several top officials of the administration have reached the spot and with the help of the seafarers, the process of finding the missing people is going on.