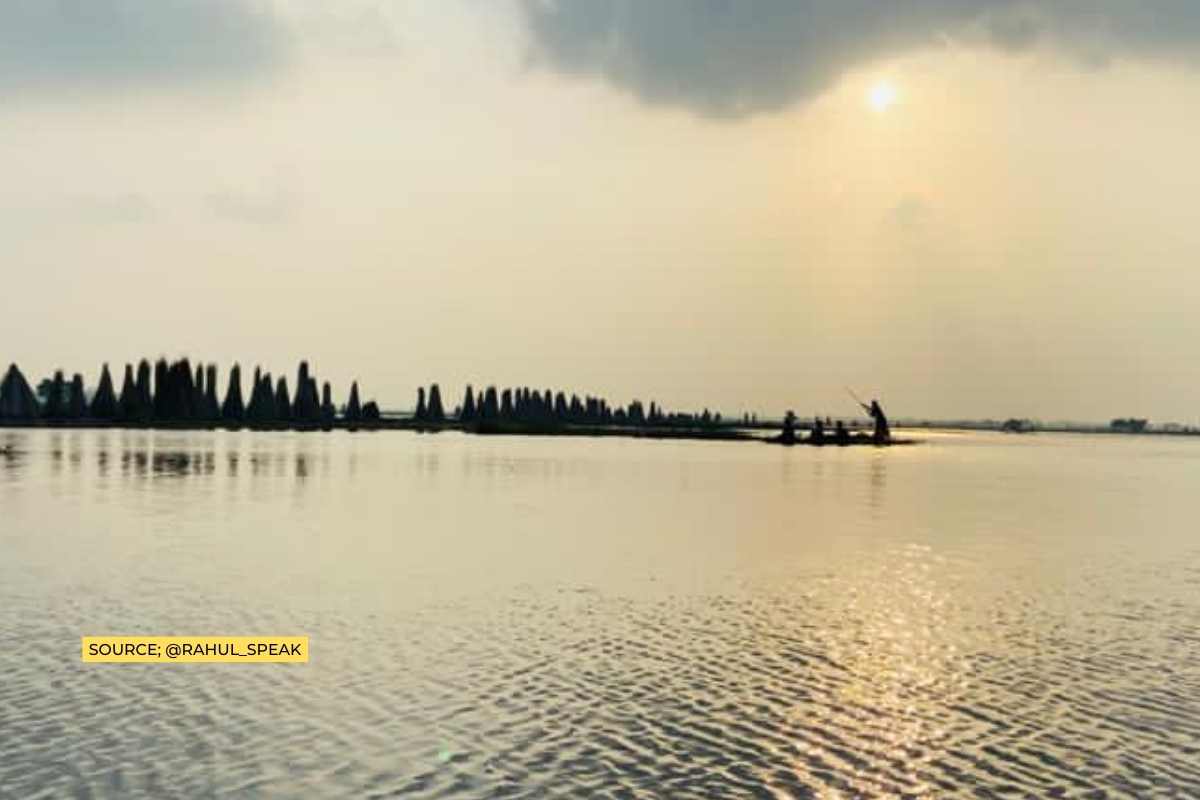 Bortir bil lies between the cities of Barasat and Barrackpore in the North 24 Parganas district. The wetlands are a little over an hour’s drive from the heart of Kolkata, West Bengal. But, these wetlands have been impacted significantly by climate change. Furthermore, these changes disastrously affect people’s livelihoods and communities.

Farmers in the region would have relied on aquaculture up until 2020. They saved up by selling water lilies to get through the monsoon and the few months that followed. Rainwater floods the canals during the monsoon. The phenomenon of tropical cyclones and unseasonal rainfall, causes lands to be flooded for prolonged periods of time. These floods have become more common in recent years. And, they have a negative influence on crop output, a report states.

Read more: A Brief History of Deadly Bay of Bengal Cyclones That Have Caused 80% of World’s Cyclone-Related Deaths | The Weather Channel

Another study reveals that the Bay of Bengal cyclones were in the category of ‘very severe’ or ‘extremely severe’ over the past few years. And, they are likely to further intensify to the next higher category level due to future warming. The unpredictable rainfall and prolonged water accumulation in the land have also affected jute cultivation severely.

Cyclone Amphan devastated West Bengal and Odisha significantly in May 2020. The North 24 Parganas district was among the coastal regions that were heavily affected, with tonnes of crops being destroyed. Farmers’ livelihoods in the region, as well as those in other areas of West Bengal, were further devastated by the COVID-19 pandemic.

According to Conservation India, the vast stretch of wetland was also the killing field for hundreds of birds. With large-scale bird trapping and sales in local markets. The Bortir bil is home to a total of 43 species of birds including species that fall under vulnerable and near-threatened categories.

Tourism as a boon

According to Vice, recently for the past couple of years, Bortir Bil has seen an exponential increase in tourists. The tourists are visiting to experience the beautiful nature. They describe it as the ideal place to feel the fresh air and to relax. Tourism has been so favorable to the farmers that the farmers now want their lands to be submerged for as long as possible.