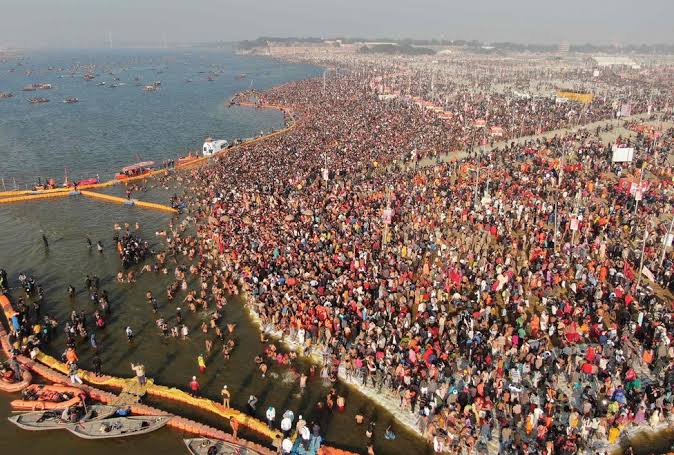 Criticism is mounting over the organization of the Kumbh Mela in Uttarakhand as the second wave of covid intensifies. Now, a video of Republic TV editor Arnab Goswami adding his voice to the footage of a Kumbh Mela is being widely shared.

Arnab had said that Nizamuddin Markaz’s action was the cause of the covid super spread and that Azaduddin was keeping silent on the Owaisi issue and was anti-national.

Arnab, who was responding during a Tablighi meeting, was asked on social media why he was not ready to respond to the Kumbh Mela in Uttarakhand yesterday in violation of covid norms.

Last day, Uttarakhand Chief Minister Tirath Singh Rawat said that there should be no comparison between the Kumbh Mela and the Nizamuddin Marcus Conference.

The CM said that the Nizamuddin Marcus Conference and the Kumbh Mela in Haridwar could not be compared.

The Nizamuddin conference, which took place at the time of covid’s first wave, had previously drawn great criticism for causing the spread of the disease.

Tirath Singh Rawat was responding to a question on whether the two religious ceremonies did not lead to the spread of the disease and later why the two were seen differently.

‘No comparison can be made between the Aquarius and the Marcus Conference. The Marcus meeting took place in a closed space. But the Kumbh Mela was very open and took place on the banks of the Ganges. The participants in Kumbh Mela are our own people and not outsiders, ”he said.

He also claimed that he had followed all the protocols to prevent the spread of covid at the Kumbh Mela. He added that the Kumbh Mela is a festival held only once in 12 years and is a matter of faith and emotion for millions of people. “People’s health is an important issue but faith cannot be ignored,” he said.

International media reported that thousands of people gathered on the banks of the Ganges for the Kumbh Mela without wearing masks or keeping social distance.

All of these reports were highly critical of the government for allowing such ceremonies, despite the fact that covid was spreading like wildfire.