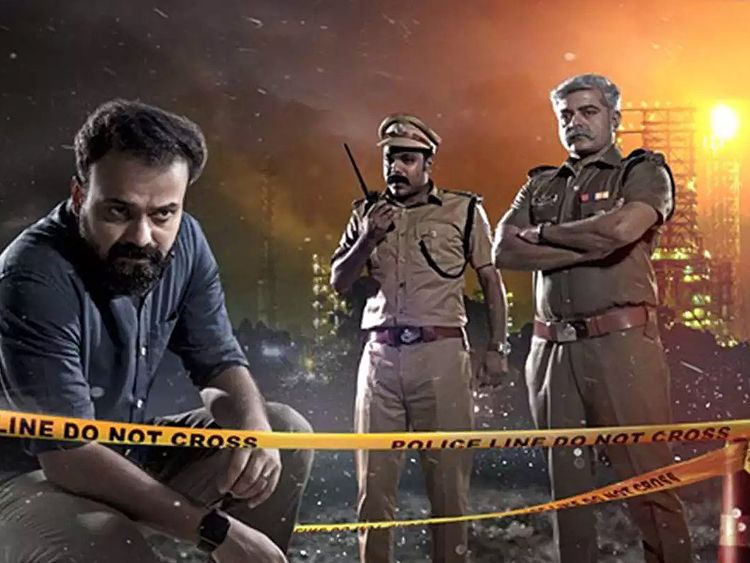 Anjaam Pathiraa is a Malayalam crime-thriller that follows men in uniform, assisted by a criminologist, in search of a faceless killer who’s swiftly wiping people off from the police force. Anjaam Pathiraa was released on January 10, 2020 and in less than six months has garnered the reputation of being one of the recent times’ most intriguing thrillers. It garnered Rs 45.2 crore (worldwide gross), according to IMDb, and can be streamed for free on MX Player.

A decently engaging crime thriller
It’s said that evil can manifest in anyone, if you are in the wrong place at the wrong time. Anjaam Pathira by Midhun Manuel Thomas shows how a wave of violence gets kicked-off, with certain unfortunate turn of events that happened in someone’s life. And how such scenarios might sometimes create unforgiving killers.

Psychologist Anwar Hussain (Kunchacko Boban) gets introduced to the murder case of a policeman by his friend and cop Anil (Jinu Joseph). As he tries to connect the circumstantial clues, the situation gets complicated further with more deaths, puzzling both Anwar and the police department. How they nab the culprit and the backstories of the events form the turf of Anjaam Pathira.

A brave, sensitive thriller with a startling, heart-rending back story
marked by light-hearted entertainers with a point to make. There is nothing light-hearted about Anjaam Pathiraa. Nothing conventional either. In fact, the first half seems intentionally designed to lull viewers into assuming that it is just a suspenseful whodunnit, its wacko antagonist teasing the police with a signature – clever but done before in different ways. It left me completely unprepared for that second half, drenched in a beautiful sadness, brave and deeply disturbing.

Anjaam Pathiraa may not be perfect, but oh my goodness, it is special.