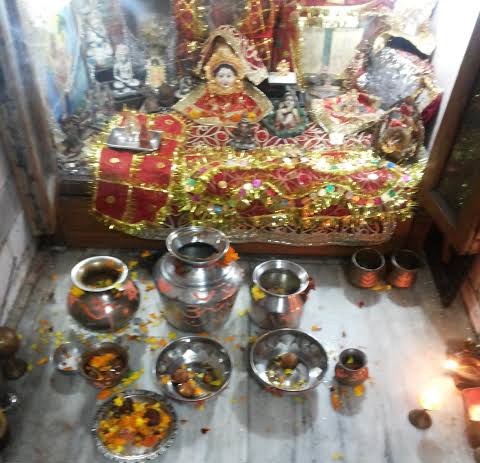 In Hinduism, the festival of Mahashivaratri is celebrated with great pomp. Kashmiri Pandits celebrate it as ‘Herath’.

Herath is derived from the Sanskrit language. Which in Hindi means Harratri or Shivaratri. The festival of Shivaratri is also very special for Kashmiri Pandits. On this day, everyone installs Lord Shiva at home along with the family.

It is believed that by doing this, Vatuknath comes to every house as a guest. Its preparation starts a month in advance.

Kashmiri Pandits celebrate the festival of Maha Shivaratri for the entire 3 days. The urns are decorated for worship, which are in the form of baraatis of Lord Shiva. Many people keep earthen urns in the form of brass.

Along with this, Lord Shiva, Parvati and Baratis are worshiped. Walnuts are filled in Kalash and Gagar. Which is considered a symbol of the four Vedas.

Herath is also considered a festival of preserving the intrinsic and positive values ​​of Kashmiri culture. Along with this it plays an important role in connecting people.

Explain that Kashmiri Pandits establish Lord Shiva and his family in their homes on Mahashivaratri. It is believed that by doing this, Vatuknath lives as a guest in the houses. Preparations begin to celebrate it about a month in advance.

The Shiva family is established according to the Kashmiri calendar. These temples to be established earlier were called Thokur Kuth. It is here that the family of Lord Shiva is established.

Walnuts are filled in Kalash and Gagar. At the same time, there is a religious belief behind the use of walnuts in worship.

The walnut is said to be the symbol of the four Vedas. At the same time, Sonipatul, which is considered a symbol of Lord Shiva, is worshiped.

At the same time, after completion of the Pujan Vidhi, Kashmiri Pandits greet each other and fulfill the Shivaratri festival.