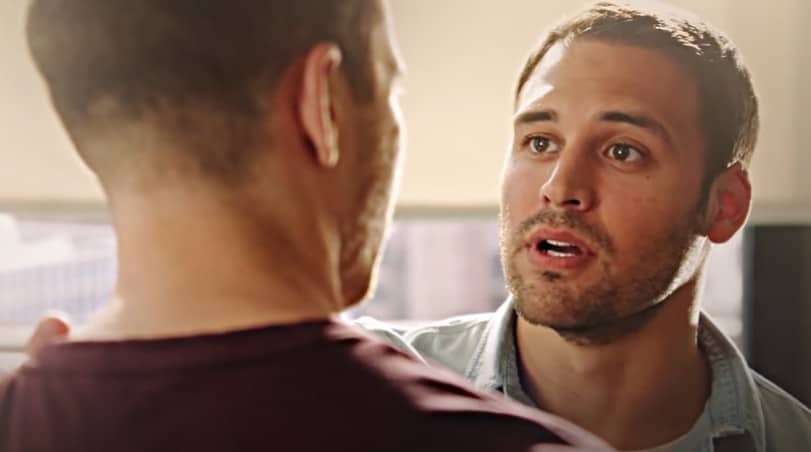 9-1-1 Edie and Buck Chemistry: The firefighter show 9-1-1 featured the bromance between Eddie and Buck over the past several seasons. Seeing the chemistry of these two, all the viewers feel that there may be a romantic relationship between them but perhaps the show’s writers do not want to show the plot of gay romance between these two. Viewers are annoyed by this and want the show to be canceled if the writers don’t have Guts, as they have been watching the show for the past several seasons only because of the chemistry between Eddie and Buck.

When it was announced on Twitter that the 9-1-1 show would be re-airing on Fox, fans took to social media to express outrage against the show’s writers and #GayFireFighterShow started trending.

One user wrote They were really like “oh no the fandom thinks Buddie is happening, we must insert another female character as another love interest to keep things straight”

I am so tired of showrunners for taking their queer fanbase for granted. Dont they realise,it was us who made their show popular? The disrespect. Wrote another user.

In fact, those who have been watching the show from the beginning know how the show’s writers gave a queer angle to the first chemistry between Eddie and Buck. During the show, all the viewers kept feeling that one day Eddie and Buck would express their love to each other and the story would turn into a queer love story. You can see their chemistry in this fan made video.

But the writers always kept the characters straight, for this many female characters were entered in the show. Viewers were confused as to why the show’s writers are not revealing the love blossoming between two friends openly. Are they bi phobic?

Eddie and Buck are the main characters of the 9-1-1 show, Buck’s character seems to be looking for potential for love in Eddie, knowing all his likes and dislikes. Both trust each other immensely. The two are wildly cute but both are straight.

Viewers believe that the main viewership of the 9-1-1 show comes from the queer audience, so they should not be offended. #GayFireFighterShow is trending more on social media than the name of the show.

My hubby watches me ‘have sex’ with other men, says Catherine Tyldesley