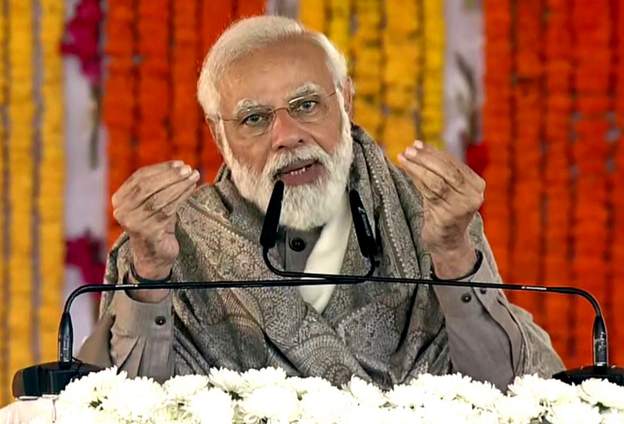 Ground Report | New Delhi: Your silence reinforces hateful; Students and faculty of the Indian Institute of Management (IIM), India’s most prestigious and well-known institution, wrote a letter to Prime Minister Narendra Modi on Friday, January 7, protesting against hate speech and attacks on minorities in the country. Warned He said that the silence of Prime Minister Narendra Modi in this matter was further strengthening and encouraging such voices of hatred.

What is written in the letter?

The letter seeks to draw the government’s attention to the growing attacks on Muslims and the Christian community in India and the hate speech against them. It called on the prime minister to “keep the country away from the forces that want to divide us.”

The letter reads, “Mr. Prime Minister, your silence on the growing intolerance in our country is very disappointing for all of us who value the multicultural structure of our country. Your silence reinforces hate speech and is a threat to the unity and integrity of the country.”

The letter comes in light of the recent Haridwar Dharam Sansad event where some Hindu religious leaders urged people to take up arms against Muslims and called for genocide.

“Hate speeches and calls for violence against communities based on religion/caste identities are unacceptable,” the letter said.

“There is a sense of fear in our country now – places of worship, including churches in recent days, are being vandalised, and there have been calls to take arms against our Muslim brothers and sisters. All of this is carried out with impunity and without any fear of due process,” they wrote.

The letter said, “Demands for hate speech and violence against different communities on the basis of religion or caste identity are unacceptable.” He gave the right to practice the teachings of his religion in a dignified manner, but at present, there is an atmosphere of fear and panic in the country.

According to the letter, “there is an atmosphere of fear in our country now. In recent times, many places of worship, including churches, have been vandalized, and voices have been raised against our Muslim brothers and sisters taking up arms. All this is being done without fear of any action and those who do so have legal immunity. ”

“We ask your leadership to turn our minds and hearts, as a nation, away from inciting hatred against our people. We believe that a society can focus on creativity, innovation, and growth, or society can create divisions within itself. We want to build an India that stands as an exemplar of inclusiveness and diversity in the world. We, the undersigned faculty, staff, and students of the Indian Institute of Management Bangalore (IIMB) and Indian Institute of Management Ahmedabad (IIMA), hope and pray that you will lead the country in making the right choices,” it states.