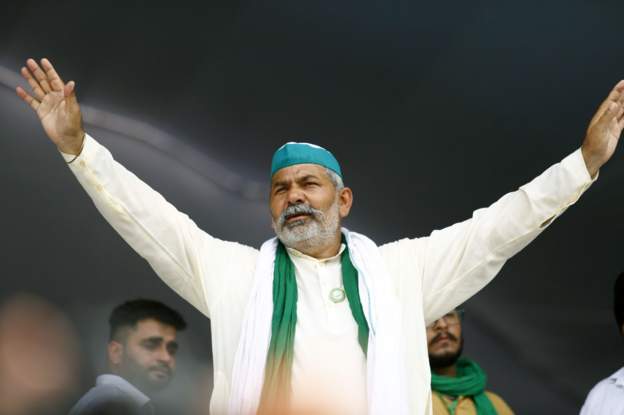 Ground Report | New Delhi: Rakesh Tikait on MSP; The leader of the Bharatiya Kisan Union, Rakesh Tikait, said “It is a tribute to the 750 farmers who were martyred during the protest. The protests will continue regarding the MSP and other issues.” The opposition wanted a debate on this bill before discussion, but the Modi government in the center presented it at the Lok Sabha.

“The intention of the government is clear, we want to pass a bill by Lok Sabha and Rajya Sabha to withdraw the Agriculture Law of 2021. I call on the opposition to cooperate with us on Rajya Sabha.” (Rakesh Tikait on MSP)

Earlier, Congressional Leader Jairam Ramesh tweeted and said that the Modi government wants to withdraw the agriculture bill without debate in Parliament. Ramesh had said that 16 months ago the agriculture bills were passed in a very undemocratic way and efforts are being made to get them back in the same way.

The Secretary-General of Congress, Randeep Surjewala, has questioned how to withdraw the bill for the withdrawal of agricultural laws in Parliament.

ALSO READ: People concerned about the ‘cyber volunteers’ of the MHA

Surjewala tweeted and said: “There was a discussion that did not approve the three black laws against agriculture, nor did it end the discussion. Because if there was a discussion, then the account would have to be given, the answer would have to be given. Conspiracy to sell agriculture at the door of a handful of Dhannaseths, of the martyrdom of more than 700 farmers, for not giving the MSP of the harvest.

The leader of the opposition in Rajya Sabha Mallikarjun Kharge has said that the government is lying and that the possibility of withdrawing the bill was never discussed.

He said that he welcomes the withdrawal of farm laws and demanded that several issues be discussed, including Lakhimpur Kheri and the electricity bill, as farmers still remain at the protest sites.